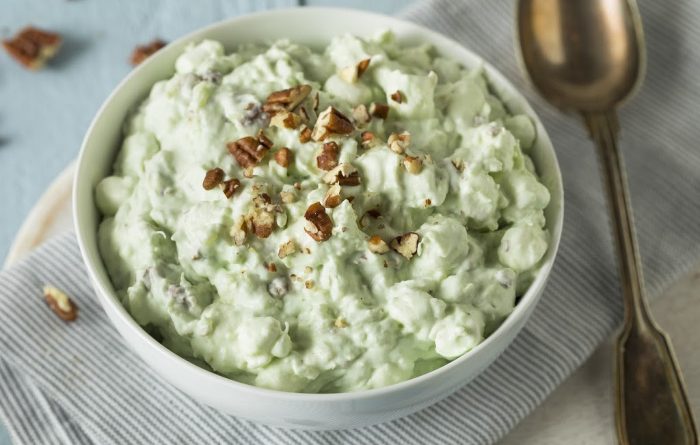 Did you grow up eating a Watergate Salad? This recipe is truly a vintage recipe because it’s from my mom’s recipe card box. I’m pretty sure this salad recipe was passed around at church functions in the 1970s.

This Watergate Salad has pineapple, Pistachio pudding, mini-marshmallows, pecans, Cool Whip, and coconut. Then you top it off with a few more pecans and of course, Maraschino cherries are optional.

It’s creamy, a little sweet, and a little bit tart at the same time. The reason I love this fruit salad is that I usually have the ingredients in my pantry and the Cool Whip in the freezer. Therefore I can make this one at the last minute and let it set up in the refrigerator before bringing it out to be served.

What’s really great about this Watergate Salad is that you have most of these ingredients in your pantry and freezer. We can make this salad for a party, church activity, or neighborhood get-together.

All you do is stir the ingredients together and refrigerate them for a few hours. You can sprinkle with chopped pecans and garnish it with a few Maraschino cherries. You will love it!

Why We Love The Watergate Salad

Drain the pineapple, and set the juice aside.

Combine the pudding with the pineapple juice and whisk until smooth. It will start to thicken a little bit.

Chop the pecans with a food chopper. I used my Pampered Chef Chopper to chop these.

Stir in the pineapple, coconut, and mini marshmallows. Now, fold in the thawed CoolWhip and thoroughly combine the ingredients, except for the chopped pecans.

Chill for at least 2 hours, 4 hours preferably. Sprinkle the chopped pecans on top and garnish with a Maraschino cherry.

How do I store this Watergate Salad?

I store it in an airtight container in the refrigerator.

Can I freeze this salad?

I would not recommend freezing it, fresh is best.

How long can I store this salad safely in the refrigerator?

A Watergate salad is a fruit salad of sorts, so I would say 3-5 days at the most.

What is in Pistachio Pudding?

I quote Wikipedia: “Pistachio pudding is a green pudding made from pistachio nuts and occasionally contains small chunks of almonds.” 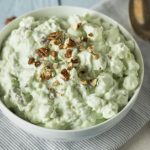 You may be wondering why this is called the Watergate Salad. Often times people try to capitalize on current events to draw attention to their authored work. As the story goes, the individual or company that created the recipe felt it would gain more appeal if it referenced Watergate, a scandal at the time of the recipe’s first publication. See below the quote from Wikipedia for a reference to events in the 1970s that prompted the name.

“The Watergate scandal was a major political scandal that occurred in the United States during the early 1970s, following a break-in by five men at the Democratic National Committee (DNC) headquarters at the Watergate office complex in Washington, D.C. on June 17, 1972, and President Richard Nixon’s administration’s subsequent attempt to cover up its involvement.”

I love sharing recipes like this Watergate Salad so we can teach the world how fun it is to eat at home. Please stock your pantry and your freezer as you can afford it. I believe hard times are coming, let’s teach the world to be prepared today, not next year.

Thanks again for being prepared for the unexpected. Please keep prepping! May God bless this world, Linda 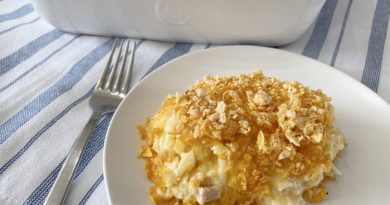 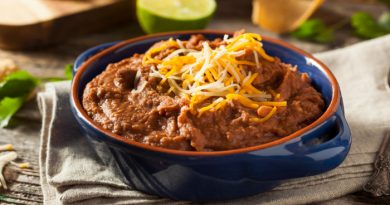 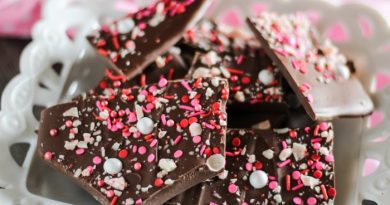