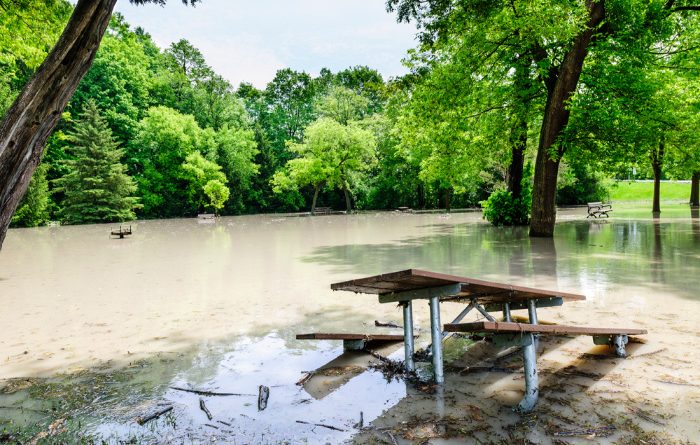 Natural and man-made disasters can strike at any time. It is crucial that you have a planned response whether you are at work, at home, or on vacation. However, not all-natural disasters are the same.

In fact, you may not even think of all the different disasters that could happen. Below, are 12 types of natural disasters you should prepare for.

Did you know a heatwave was a natural disaster, or that it could be? Heatwaves are brought on by intensely hot weather mixed with unbearable humidity. Recently, we have seen intense heat waves break out across the country.

This may or may not be due to global warming, but heatwaves cause dozens of deaths every year. Being prepared with proper cooling, lots of water, and medical items could save your life during a heatwave.

You may think we have water everywhere. I mean 70% of our earth is covered with water, right?! Well, that may be true, but only 2.5% of it is drinkable. Droughts have plagued the United States in the past and have brought devastating effects.

Without enough water, not only are humans affected, but your food supply is in jeopardy. Do you have enough clean drinking water for yourself as well as a sufficient food supply for your family for an extended period?

You may think flooding only happens on the East coast like after a hurricane or something. However, flooding is actually one of the most common natural disasters. I mean even Colorado was afflicted by a long-lasting flood in 2013. The mid-west states were hit with heavy flooding this year, affecting current canned food supplies since this area tends to be one of the “bread baskets” for our country.

Flooding can not only be life-threatening, but it is the highest-ranking in property damage. Even though you have water, you can’t drink it. Are you prepared for a flood or flash flood?

You don’t hear much about Earthquakes these days, but that doesn’t mean they aren’t out there. You may think earthquakes are only common in California, but they can sneak up on you in Utah, Alabama, Illinois, or Indiana.

The loss of life can be enormous with an earthquake. You can expect to see severe damage to homes, office and public buildings, and widespread damage in your city.

Of course, this depends on the number it shows on the Richter magnitude scale how bad the quake is. I know Utah has been planning for the “Big One” for some time.

Because thunderstorms are so common, most people don’t even think about needing to prepare for them. Well, when a thunderstorm knocks out the power in your area for 3-days or longer, you will think twice about not preparing for one.

Ultimately, anything in your refrigerator may no longer be good, you may not be able to buy things at the store because the cooler machines and payment systems will be down. You can’t cook your food, crops could be destroyed, and heavy property damage can occur.

Wildfires can be anything from brush fires, home fires, and forest fires. They can be dangerous because of their size and speed of ignition. They can destroy thousands of acres of land and hundreds of homes in just a few days.

If you live in the western United States, you should prepare for wildfires. States that see wildfires include California, New Mexico, Nevada, Utah and others. In some cases, you will need to evacuate. Are you prepared?

We all know that snowstorms can have us trapped in our homes for days and weeks at a time, but all winter weather can be dangerous.

It is important to know how to emergency prep for a winter storm. One of the biggest things people forget during winters is to prepare their cars.

You never know when a car could break down, an accident could occur, or when you will get stuck somewhere. It is important to have your car stocked with supplies such as blankets, water, food, and even some hand warmers.

Related: How to Make Your Own Emergency Car Kit

Most of us don’t worry too much about a volcanic eruption. Most volcanoes lie along the western coast around Alaska and Hawaii.

Volcanoes may not seem like a huge threat since most of them lie dormant for years, but they can very quickly cause immense damage or destruction.

If you live in an area where you have volcanoes, you should be prepared for one to erupt.

Tsunamis are known as seismic sea waves. These gigantic waves are caused by underwater disturbances such as an earthquake, landslide, volcanic eruption, or meteorite.

These can strike anywhere along the U.S. coastline. They can cause flooding, severe property damage, loss of life, and leave you without power. It is important to prepare for these types of natural disasters.

A mudslide or landslide can develop when water rapidly accumulates in the ground and results in water-saturated rock, earth, and debris. They typically start on steep slopes and are activated by other natural disasters.

Areas where wildfires are common or human modification of the land has taken place and have destroyed vegetation are the most susceptible to landslides and mudslides.

These natural disasters can lead to trauma by being hit by them, cause broken electrical, water, gas, and sewage lines, and can disrupt roadways. This means you should be prepared to stay inside for a number of days.

One of the scariest things about a tornado is that you don’t know it’s coming. Tornadoes can wipe out whole areas in cities in just a few minutes. This means you need to be prepared to be in your basement for a while, if you have one.

It also means you should be prepared for a power outage, the inability to drive to a store, and severe damage to your home.

Last, but not least, we all know we should prepare for hurricanes if we live anywhere near the ocean. Not only those close to the ocean should prepare, however.

The effects of a hurricane can travel several states over. The great thing about hurricanes is that you usually have a number of days to prepare before it gets here. However, if you prepare sooner, you have nothing to worry about.

How to Prepare for These 12 Types of Natural Disasters

Each of the above disasters is different, and you will need to prepare differently. For all disasters, you want to be sure you have food, water, and medical supplies stocked up for you and your family members for at least a week.

To find out about how to prepare for various disasters, read Disaster Plans: They aren’t all the Same. Also, check out some of our other content on how to be prepared for a natural disaster:

Being prepared for a natural disaster is just using good sense. You know that it could happen, and instead of waiting until the last minute, you have everything you need when it happens.

Check to see which disasters could affect the area you live in and start preparing today! May God Bless this world, Linda

Don’t forget to pin this article and others to Pinterest so you can easily refer back to them! 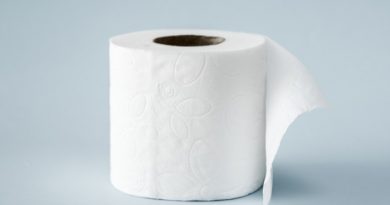 When Toilet Paper Is In Short Supply 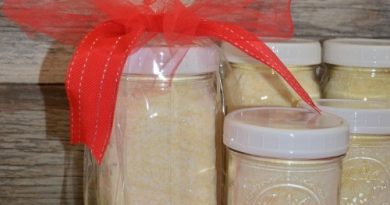 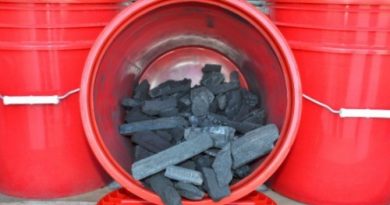 4 thoughts on “12 Types of Natural Disasters”