Do you live in a house filled with clutter? If you do, you probably feel like you’re helplessly drowning or can’t think straight with all the mess that’s piled up. Have you thought about the things to get rid of that you won’t miss in your home? You’ve probably said, “there’s just too much junk in my house!”

You don’t have to live like this anymore. Even if you’re not 100% on board with the idea of being a minimalist, there are baby steps you can take. We want you to focus on the little things that you won’t miss once they’re gone.

After you’ve done this you might be surprised at how much less “stuff” you have, and that’s a good thing! Here are several objects and clutter that you probably have lying around that can be trashed. If there is too much stuff in your house, it’s time to let it go.

What’s Your Excuse for Holding Onto Stuff?

Most people find themselves holding onto clutter because they believe that somewhere down the road they will need it again. Everyone is guilty of this, to some extent. How about considering borrowing it from a neighbor or friend, instead of allowing it to rust and take up space?

Do these Items Serve a Purpose?

If you’re having difficulty in knowing where to start with decluttering your home, ask yourself, “Does this item still serve a purpose?” If you answer this question honestly you’ll be surprised how quickly that trash bag fills up. It’s important to know the difference between sentimental items and junk.

If you’re like some people, do you hold onto junk that’s broken or missing pieces? They no longer can perform the same tasks, but we give them a blind-eye every so often. Let’s be honest, it’s time to toss them out.  It might be time to call up a professional organizer or a junk removal service.

Let’s take a look at everyday things around your home to give you a better idea of where to get started. Here are a number of items to consider throwing out.  Don’t you want to have a clutter-free house? You don’t need a larger home, you just need to learn how to organize or to donate or sell.

Read More of My Articles  How Much Is Your Stuff Costing You Every Month?

What to Get Rid of Stuff in the Bedroom

Take inventory of your closet. I would guess that around ⅓ of the clothing in your closet has hung there for over a year untouched. Whether it’s worn out, too small, or you just don’t look right in it, why is it still taking up residence at that address? Grab some cardboard boxes and create a keep pile and a donate pile.

Do you have any old, sweaty-smelling, worn-out shoes sitting in your closet? You won’t miss them, I can assure you.

Worn Out Socks and Underwear

Maybe you find yourself putting on old discolored underwear or holey socks. Why? You have plenty of other pairs to choose from. If not, buy a new pack that’s far more comfortable and supportive.

This goes for damaged luggage or backpacks with broken zippers or worn-out fabric or wheels.

Blankets and sheets with holes or faded fabric sitting in your closet take up huge space. Get rid of them.

What Stuff to Get Rid of in the Bathroom

Throw away any nasty towels or wash clothes that you’d be embarrassed to present to a guest staying over at your home.

Make-up that you no longer wear, or that is at the end of the road can be chucked. Maybe you have dried up bottles of nail polish, discard them.

It’s amazing how many products you’ll get rid of with this method. Are there products nearly empty that have been in your bathroom for eons?

What to Get Rid of in the Kitchen

More than likely, you already have too many dishes and cups in your cupboard. Get rid of the cracked or chipped dishes since you don’t use them anyway.

Containers without Lids & Other Junk

Containers without lids are the worst. You can’t do a whole lot with them, so why keep them? Now is a great time to look in your junk drawer and throw out stuff you don’t need. Oh yes, and toss those cooking utensils you no longer want/need.

Expired medication no longer performing up to par should be thrown out.

Dig deep to the back of your pantry. There you’ll find plenty of way out of date canned goods and boxed items. Throw it out! You’re never going to eat it anyway.

Notice a rotting smell coming from the refrigerator? Gross! Purge-it while weeding out expired foods.

What to Get Rid of in the Living Room

Magazines, envelopes, and old papers lying around are among some of the most obnoxious clutter in homes. You won’t miss it, so pitch it.

Board games and Puzzles Missing Pieces

You might be able to get rid of about half your board games and puzzles this way. A puzzle with a missing piece will never be a masterpiece, so why is that box in your living room closet?

Who honestly still listens to CD’s or cassettes anymore? You probably even have DVD’s or VCR tapes that are pretty crummy movies not worth watching again. It’s time to say goodbye to Kenny G on tape.

Are there remotes still in your home that you have no idea what they went to? Bye-bye!

Besides pictures of loved ones, do you have decor or trinkets collecting dust in your living room? Don’t fool yourself, it doesn’t look good. Keep the ones that give you true joy, chuck the other stuff.

What to Get Rid of in the Children’s Room

While your child is at school toss out any toys that are broken, or that you know they don’t play with anymore. I promise you, they won’t even notice. They might even be able to find their favorite toys easier this way.

Clothing that No Longer Fits

If you’re planning on not having any more children, or finally come to the realization that your child isn’t going to shrink all snuggly back into that adorable outfit, donate it.

What to Get Rid of in the Garage

Most garages are filled with chemicals, spray cans, and cleaners that just sit there. You know what to do to safely get rid of them.

Are there multiple paint cans in the garage that you’re hanging onto for dear life for some strange reason? Safely dispose of it or find a way to have it recycled.

Call your local landfill department to see when you can donate partially used cans of paint, paint spray cans, or anything we don’t want in the landfill. My county does it twice a year at no cost.

The task has been completed inside your home, but for some reason there are parts and equipment left over in the garage that you’re clinging to. Take my advice, let it go. If you did borrow the item, be sure to return it to its rightful owner!

These are several items around the house that you won’t miss when they’re gone. If you’ve recently decluttered your home, or are an expert at tossing out junk, what other items are easy to part with?

After you have done all this hard work it’s important to sit back and enjoy the fruits of your labor. Not having any things to get rid of that you won’t miss in your home is a really good feeling! Remember, you don’t need a storage unit or a family member to hold your stuff, you need self-discipline.

We can do this, I promise. Keep your preps, but get rid of the things you will never use. May God bless this world, Linda

“Prepare Your Family For Survival” by Linda 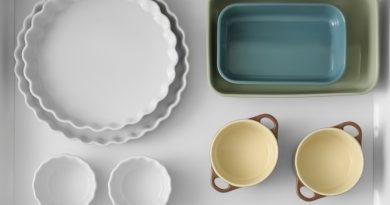 How to Declutter Your Home 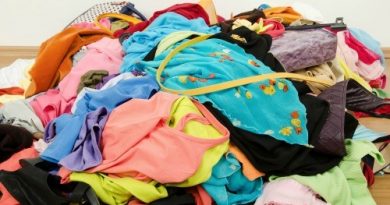 How To Declutter Quickly And Stop Buying Stuff

How Much Is Your Stuff Costing You Every Month?