Here is my recipe I call “easy to make cinnamon rolls for two.” This recipe is perfect for a single person, a small family, or a college student. As we get older we no longer need to make 12 cinnamon rolls, so I cut my original recipe down so it makes 4 cinnamon rolls. If you freeze my cream cheese frosting in a few small containers you always have frosting ready to thaw for this recipe.

In case you missed this post, Easy To Make Dinner Rolls For Two

Kitchen Items You May Need

The items you need for these rolls are very basic. You probably already have a lot of these kitchen items in your home. Just imagine, you’re able to make rolls from scratch using very basic items. I picked these items up over the years so that I can make rolls any time that I want. Don’t miss out on making these cinnamon rolls for two. You’ll LOVE them, I promise!

Gather your ingredients and please make sure your yeast, dough enhancer, and flour are fresh to ensure the best results. You may remember, I have suggested many times to store your yeast, dough enhancer, and wheat gluten (for whole wheat bread) in the refrigerator or freezer. When I stock these items they are in the freezer. I only keep what I’ll use during the next month in the refrigerator, never the pantry.

What I like about this recipe is that you don’t need a mixer or a bread machine. It only uses 1 to 1-1/8 cups flour. It takes very little hand/muscle power because it’s such a small batch of dough for these cinnamon rolls.

Grease a 6-inch round cake pan and set it aside. Grab a bowl and a Danish Whisk. Use a fork or small whisk to whisk the eggs. Warm the milk.

Dump everything in a large mixing bowl. Stir until mixed thoroughly. Add additional flour, if needed, to the dough if the dough is too sticky. Don’t add too much, we want a soft and fluffy dough.

Flour your countertop and scoop the dough out onto the countertop. Knead for about 3-4 minutes.

Cover with plastic wrap or a warm wet towel. Let rise until double the size.

Roll out the dough in a rectangle. Spread butter on the dough and sprinkle with cinnamon. Sprinkle brown sugar evenly over the dough. You may wonder why I didn’t put the amount needed for the cinnamon and brown sugar. Here’s the deal, I use way more cinnamon than most people. That’s my trick to have the best cinnamon rolls. I’ll let you decide how much to use based on your personal preference. You may want to make these a few times over the next month or two since we have so many holidays this time of year. Try different amounts each time and note how you and your family felt each variation tasted.

I remember teaching people how to make cinnamon rolls at a fancy kitchen store, and the people in the class were shocked about how much cinnamon I use. You may use less, I use a lot. It’s truly a personal preference.

Sprinkle brown sugar on the buttered cinnamon dough that is rolled out.

Roll the dough into a tube-like shape.

Cut the “tube” into four sections.

Tuck the “tail” under the cinnamon rolls and place them in a greased 6-inch cake pan. Cover with plastic wrap, or a warm wet towel, and let them rise again for an hour, or until they are double the size.

Remove the plastic wrap and bake at 350 degrees F. for 20-25 minutes, or until golden brown. Remove from the oven, let cool.

Frost with cream cheese frosting, enjoy. Your house will smell heavenly, I promise. 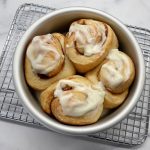 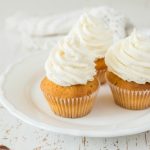 How do I store these after baking?

Because they have cream cheese frosting, I store them in the refrigerator in an airtight container. Of course, with just 4 cinnamon rolls, they don’t typically make it to the refrigerator!

Can I freeze these before baking?

I can’t recommend doing that because I have never done it. These are so easy to whip up, I would only make them when you feel the urge to have a sweet cinnamon roll. Gotta love cinnamon rolls, right?

Can I freeze these after baking?

Yes, you can, wrap them tightly in plastic wrap and place them in an airtight container or a freezer bag. They will keep 1-2 months in the freezer.

I hope you try my easy to make cinnamon rolls for two. I love the feel of bread dough in my hands and this recipe is no exception to that! As long as you have fresh ingredients this recipe will not fail you.

My family really likes these rolls with the cream cheese frosting. For a unique taste, you can also try honey butter, your favorite jam or jelly, etc. They may not qualify as true cinnamon rolls that way, but they do taste great. It’s critical we teach our kids and grandkids to make bread, dinner rolls, cinnamon rolls, biscuits, or tortillas. You can survive if you can cook from scratch and make bread. Stay safe. May God Bless this world, Linda 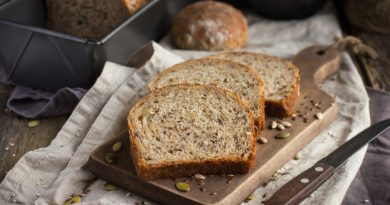 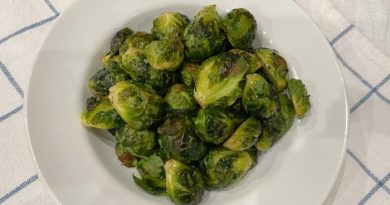 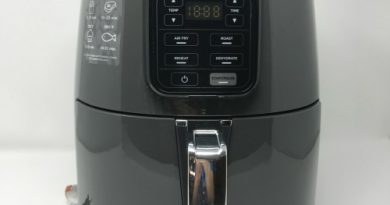 16 thoughts on “Easy To Make Cinnamon Rolls for Two”