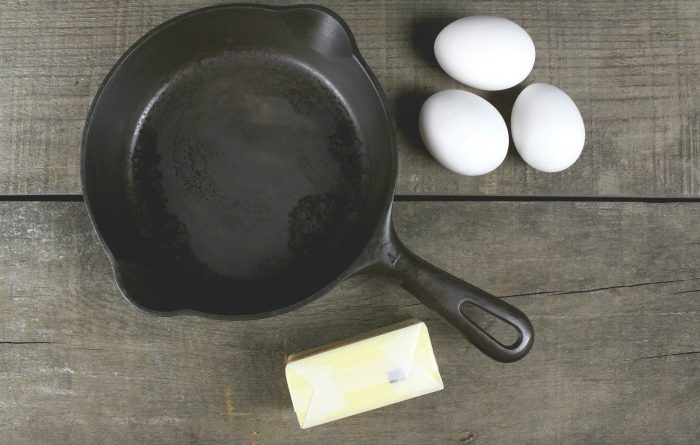 Have you wondered how to clean and restore cast iron pans? If so, I have you covered today. This post is a few years old, but we can always use a reminder on how to take care of cast iron pans, right?

I was at a friend’s home the other day and she said she was giving an old rusty Dutch oven to the thrift store in town. Then I said, “You’ll be sorry if you do!”

I explained to her how awesome it is if you have one Dutch oven that’s cleaned and ready to go. It’s one of the best emergency items you can store for cooking or just boiling water. Then we talked about storing charcoal briquettes in air-tight containers to be used when she puts that Dutch over to work. Just think, when it comes to cooking she will be set for almost any disaster. Of course, you will need some matches.

Here’s the deal, you can scrub them with warm soapy water like crazy, pat them dry and season them before “baking” them. You may need to use some fine steel wool to get them smooth, or what I like to call getting down to the raw cast iron. They will look like new, I promise.

I bought some used units and they were so rusty, but I used some elbow grease and they were ready to restore to like new condition. The ones I purchased looked like they had been left in the sink to soak. That’s not a good thing to do. Yes, they will rust if you do this, and I mean big time rust.

Please be aware you may find some that will need to be sand-blasted. You may want to compare the price of that to buying brand new ones or just buying some rusty ones from a garage sale or thrift store. I was lucky and found some really bad rusty ones, but they were not flaked. I guess that’s how I would describe it. So, what I’m saying is don’t be afraid of the rust, that’s fixable, in most cases.

I remember when I was a little girl my mom always had a cast iron pan on the stove for scrambled eggs and bacon. Oh yes, we saved that bacon grease in the refrigerator, too! I have been on the lookout for used cast iron pans, Dutch ovens, griddles, etc. for a few years. They are getting harder and harder to find at the thrift stores.

I have slowly been buying a few pieces of cast iron here and there. My goal is to build a fire pit when it gets warmer, right here in Southern Utah. I have a Lodge tripod to hold a cooking pot over the fire. Can you just picture that, or is it just me? I can hardly wait to build my fire pit.

Oh, I want it for roasted marshmallows, but I really want to be able to cook outside over a fire. Yes, my family will smell like we have been camping. I suppose you could call it wishful thinking on my end.

I love having some cast iron to cook with, especially outside because I don’t want to drag my other pans outside. A few years ago I was out in Hurricane, Utah at one of my favorite antique stores looking at treasures. The store has some treasures because at one time all those items were a treasure to someone.

I heard one lady came in and bought all the cast iron pots and Dutch ovens in the store a few days before I came to visit them. We are talking about filling the back of her car. Then I asked the owner if they were Lodge or another American made cast iron. He said he had some made in China, but this lady only wanted American made cast iron pieces. That’s all I want as well in my cast iron pans or pots.

How To Restore Cast Iron Pans:

Lightly sand the cast iron with fine steel wool, if needed, as explained above.

The second thing you will do with your cast iron is to wash it in warm soapy water. You will need to dry it before we do the next step. The towel I used to dry the cast iron pieces had some residue on it after wiping down the cast iron lid. So I re-washed the lid a little more. It had some black residue that wiped off. I washed it until it no longer left that little black stuff on the towel. 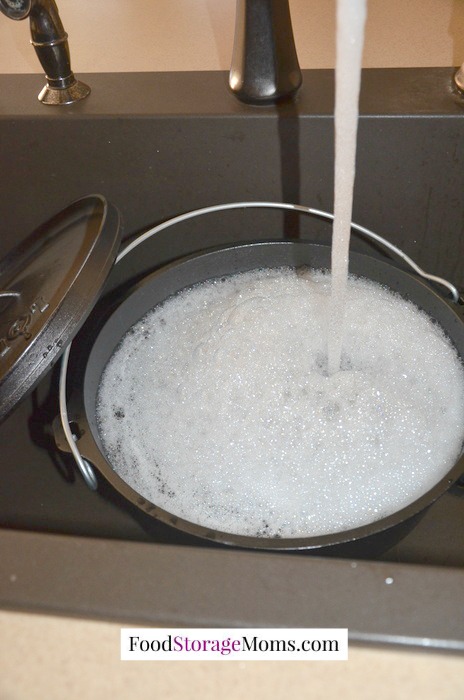 Foil on the bottom oven rack

Next, take all the racks out of your oven but the two bottom ones. Lay a large piece of aluminum foil on the bottom rack. It will catch the drips, if any, from the vegetable oil if it happens to drip down from the seasoning step. Preheat your oven to 350 degrees.

Spray or wipe the cast iron pans with vegetable oil

Now you can wipe with vegetable oil, or as in my case, I used a vegetable spray. The Lodge book showed using some type of spray stuff so that’s how I seasoned mine. The next step is to place the cast iron items with the vegetable spray side down.

Although I sprayed the inside and outside and on every crevice, still turn them upside down. This is where the foil is needed on the lower shelf of the oven. 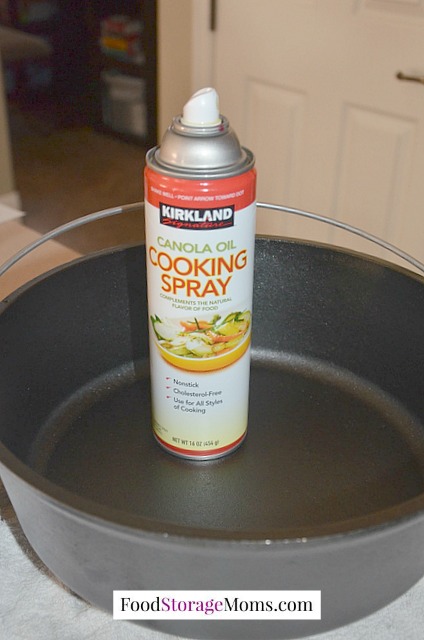 Bake the cast iron for 60 minutes, turn off the oven and let them cool down overnight. After this initial seasoning, you should be able to take these camping or use outside and wipe out the residue from your meal while the pan is hot and it is good to go until the next time you use it. 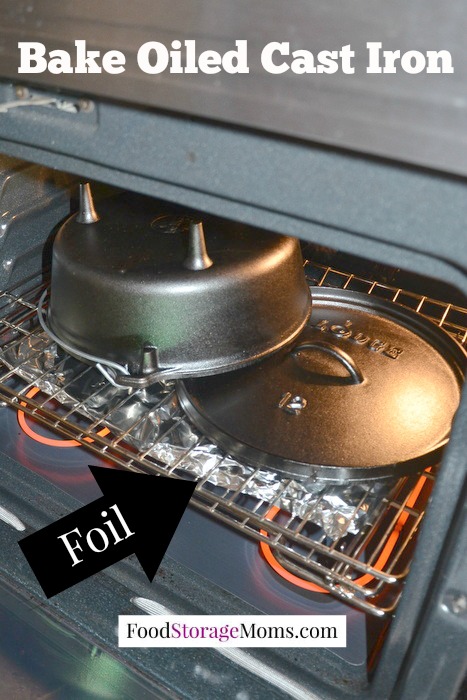 I did learn a few things we need to do to keep our cast iron looking good and keep it from rusting. Place a few sheets of paper towels between the lid and the pan when storing them. Add a few sheets of paper towels in the bottom of the pan as well. I bought covers for all of my Dutch ovens, or at least the ones I use less often. Those Dutch ovens I store in the garage ready to grab and take anywhere to go camping or use at parties.

They will last a lifetime if you take proper care of them. I only buy Lodge cast iron, that may sound snotty, but they’re made in the USA! May God bless you for being better prepared.

There is something awesome about having cast iron pans, Dutch ovens, and griddles. They will last a lifetime, if you take proper care of them. If you can restore cast iron pans back to their original state, why not do it? You will have pans you can use inside and outside your home. It’s all about being prepared for the unexpected. May God bless this world, Linda

Janet: I use kosher salt and a fresh potato to get mine clean. I always have salt and a potato, I don’t always have steel wool. I then season them with coconut oil and put them in the oven. I also use coconut oil, to keep my cutting boards from cracking after I wash them.

Beth: Linda, you’re apparently in love with Lodge. But don’t pass up Griswold, if you run across some in a thrift or antique shop. They are older than the Lodge brand but stopped production before or around the time of World War II. I still have and use Mother’s. It’s like the Fire King items, the original is better.

How To Cook Beans 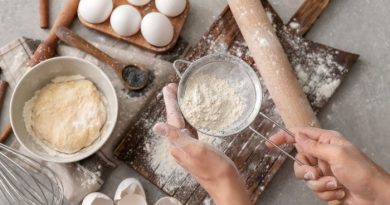 Cooking From Scratch Is It A Thing Of The Past? 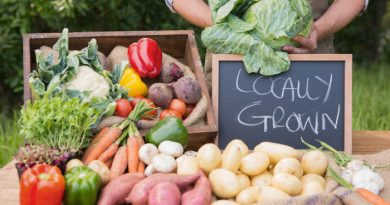 12 thoughts on “How To Clean And Restore Cast Iron Pans”