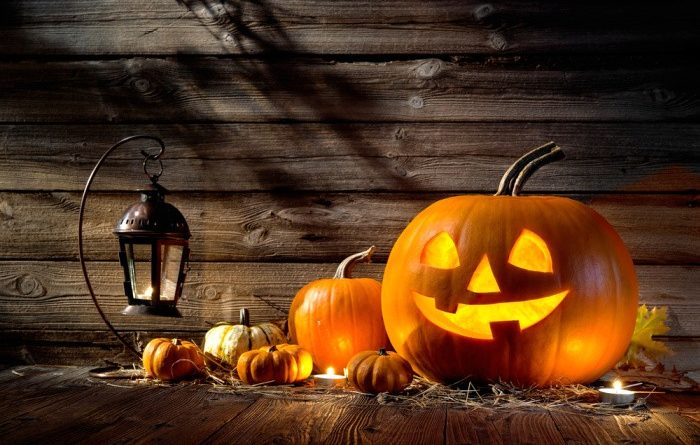 Halloween has always been one of my favorite holidays. No, we don’t get the day off work or school schedules, but we do get to celebrate and fully enjoy all the fun that comes from this unique day in late October. I was curious how this holiday came into being, so I did some research on the history behind Halloween.

We lived in Farmington, UT for about 10 years and created a tradition many of our old friends still remind us of. I had a recipe for donuts made using potatoes and we called them Spudnuts. At the time, there was actually a company that made a product with the same name. As I remember, they had kids go door to door around Halloween selling them.

I remember coming home from work early and starting a batch so we could have them ready once the sun went down. We spread the word throughout the neighborhood that the Loosli’s were having their annual Halloween Spudnut and Apple Cider get-together. We’d tell the people to have their kids wrap up trick-or-treating, put them to bed, and come over for some treats and conversation.

Over the years those annual get-togethers built up to where we had close to 100 special friends come. We even had people who had moved to a new neighborhood call to see if they could come over. Life is filled with special memories like this, and I cherish everyone.

From my reading, I see a number of different ideas about how Halloween got its start and some of the unique aspects that have developed over the years.

In case you missed this post, How to Make Vintage Glazed Doughnuts

The History Behind Halloween

How Far Back Do We Have to Look to See Halloween Celebrated?

As with so many holidays and special celebrations, Halloween has some religious overtones. Over 2,000 years ago there were Pagans of Celtic origin who believed that at least once a year the dead would return to earth and walk among the living. This belief tended to be tied to summer’s end when the harvest was taking place, and before winter set in for the season.

Those celebrations were marked with traditional activities like dressing up in costumes depicting the dead or Satanic characters to either ward off evil spirits or blend in with them so as not to be noticed. They often would start bonfires to light up the night. These celebrations were traditionally held on the last day of October.

The celebration at that time was called Samhain and was common in what we now call the United Kingdom, parts of northern France, and Ireland.

With the proliferation of Christianity in Europe at this time, history tells us that by around the 11th century and with the expansion of the Roman Empire, a new holiday was established on November 1st and it was called All Saints Day. Many feel the clergy at the time wanted to overshadow the Pagan celebrations with one more in line with Christian beliefs and traditions.

There are a number of names given to the night right before All Saints Day, such as All-Hallows, All Hallows Eve, and then Halloween. You can see the religious influences of the day creeping into these celebrations.

How Did These Celebrations Make Their Way to America and Other Countries?

As the Europeans who had been celebrating a holiday with Halloween-like activities began their heavy immigration to the western hemisphere and elsewhere, they brought with them their beliefs and related events and celebrations that marked key times of the year, including Halloween.

When you add the challenging times brought on by the Salem Witch trials and the belief in witches and Satanic worship, Halloween took on special meaning and significance. Many believed that the witches actually take the form of black cats or that the Devil gave witches black cats to be their friends and companions as they went about their witch-related duties. For centuries these black cats were thought of as evil, and superstitions still persist in that regard.

As Europeans immigrated to other parts of the world, including many Asian countries, the traditions and celebrations of a Halloween-like day went with them and have persisted.

Do We Know Where the Tradition of Pumpkins Being Carved into Jack-O’-Lanterns Came From?

Ireland appears to be the source for the now common Halloween exercise of carving jack-o’-lanterns. There is an old folktale about a man called Stingy Jack who had some dealings with the Devil. Jack tricked the Devil into giving him a coin which he put in his pocket next to a silver cross.

As the story continues, when Jack died neither God nor the Devil would allow him to enter their realm, but the Devil did give him some burning coal that Jack put in a carved-out-turnip so he could see his way around. Over the years people used other things to hold the burning coal during their celebrations, including pumpkins since they were much easier to carve.

Why Do Kids Go Door to Door Trick-Or-Treating?

From my reading, I found historical references that indicate during the Middle Ages people would often dress up on Halloween to look like demons and ghosts. They would travel around the area performing special skits and do tricks for people who would watch their antics. As payment for their tricks, they would receive food and drinks, so the term, trick-or-treat.

Thank goodness Halloween has evolved to be a fun day with various activities that bring us joy, memories, and lots of candy and other “treats.” Who doesn’t look forward to an evening where adults and kids can dress up, visit friends and neighbors, and hopefully enjoy safe activities full of spooks that’ll likely leave us with a smile on our faces?

Some Fun Halloween Facts and Figures

A few years ago, various agencies gathered some interesting information about what we Americans do and how much we spend to make Halloween the special holiday we all look forward to and thoroughly appreciate and enjoy:

In the US we spend approximately $377 million on those jack-o’-lanterns each Halloween season.

Hard to believe, but we spend about $3.2 billion on the costumes we dress up in.

In order of spending, we spend the most on costumes, followed by decorations and candy.

Chocolate tends to be the most popular candy “treats” handed out, and includes bars and other candies like Hersey Kisses. The least popular are home-baked items and fruit.

We haven’t ever done it, but around 30 million people actually dress up their pets for Halloween. Those costumes include characters like a superhero, a hot dog, and even pumpkins.

We’ll spend a staggering $8.8 billion each year during the Halloween season to make it a memorable time of year.

Holidays are something we all look forward to, no matter what time of year. I’ve always said that time goes by so much slower for kids as they grow up because they are constantly waiting for the next holiday to come around. With all the negativity in the world today, let’s make this Halloween especially fun and exciting by cooking special meals, be generous with our treats, and plan dinners and other special occasions with those we love. May God bless this world. Linda 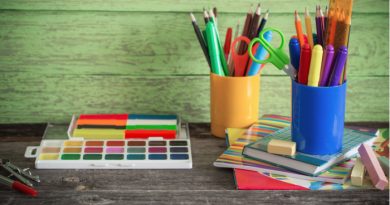 Back to School: The New Normal 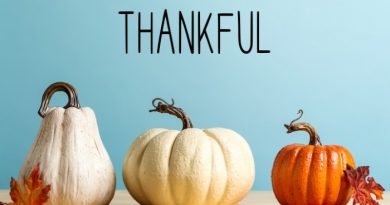 How to be Thankful Every Day 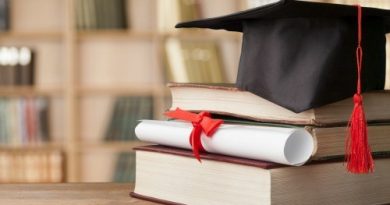 What You Need To Send With Your College Student

15 thoughts on “The History Behind Halloween”