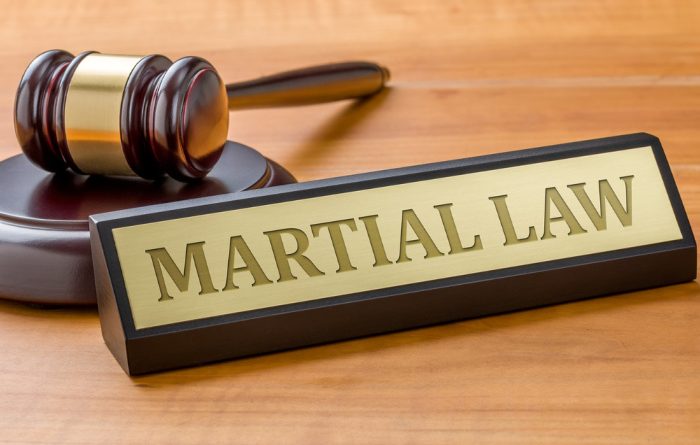 Many people have been worried about the possibility of martial law. I’ve seen a lot of memes circulating and people sharing information that just isn’t quite accurate. So, I thought it would be a perfect time to talk about everything you need to know about Martial Law.

What is Martial Law?

Martial law, in simple terms, is when the military takes over an area. It is a law administered by the military rather than by our civilian government. It can be declared in an emergency, a response to a crisis, or to control occupied territory. When this happens, many of our civil liberties are taken from us.

Declaring martial law is a rare and momentous decision for the civilian government to make. When it is declared, civilian control, or some or all aspects of government, is ceded to the military. This means that the elected government officials, the people we have voted for, are NO longer in power.

Civilians have ceded control of the country in exchange for the restoration of order.

What Happens During Martial Law?

What scares many people is what happens when martial law is declared. Some of our civil liberties, such as your right to free movement, free speech, protection from unreasonable searches, and other liberties are suspended. The justice system that handles criminal and civil law is replaced with a military justice system. This means:

Here is the key information you need to remember about martial law:

How is Martial Law Declared?

Martial law can have negative ramifications, and thus, declaring martial law is to be reserved as a last resort. This means law and order are rapidly deteriorating. Typically, martial law rests in the hands of the president. However, there are limiting factors such as how long it can last. For example, the president could declare martial law during a time of violent civil unrest, but only for 60 days.

Why Would it Be Declared?

There are several reasons the United States President would declare martial law. Here are a few:

An example of when martial law was used was back in 1892 when the governor of Idaho instituted martial law. He did this after a group of rebellious mine workers blew up a mill, leveled a four story building, and killed one person.

Martial Law in the United States: When Have We Used It?

In the United States, martial law has been used in several instances. Here are some of the times leaders have declared martial law:

There are other instances of it, but these are just a few.

When you look at martial law and what it means, you may not fully grasp all the ways it can affect your daily life. Preppers, however, are looking at all the different aspects of life that can change, and what we need to prepare for. Here are just a few of the concerns that many preppers have:

Those in charge will have surveillance to identify individuals who are viewed as troublemakers. In addition, martial law is used to control the population. But, this also means they can track you and what you do. When martial law is declared, your cellphone can be tracked without a warrant. So, you may want to ditch the cell phone.

During martial law, there is no doubt that media coverage will have complete government control. This means there will be heavy restrictions on content and what can be posted or shared.

Curfews are a way to control the masses. The curfews will start off small in certain areas of the country and then could build up to curfews all over the nation as additional control is necessary.

Another fear is that if the military is trying to establish law and order they won’t want you to have guns. Having guns and ammunition confiscated has always been a fear of preppers.

Obviously, with curfews and such, people won’t be able to work around the clock to bring the food to the stores. This means we will need to ration it. Additionally, if rationing comes into effect, having food stashed away could possibly be held against you and become illegal.

During martial law, you could be considered guilty before being proven innocent. This means there could be mass arrests, quick trials, and executions, concentration camps, and shoot to kill orders.

Although we don’t know that any or all of these things will happen, it is always better to be prepared than not.

How to Prepare for Martial Law

As I stated above, even violent protests can mean martial law for 60-days. This means you need enough food and water for at least 60-days. I don’t know about you, but if the military is moving up and down my street, I sure as heck am not going to the store to buy more supplies.

Keep in mind that during this time there could be major power outages as well because of the civil unrest. So, you will want to have a variety of food options. Be sure to have plenty of canned goods and non-perishables that you can eat if you don’t have a fridge or freezer to keep things cold. Check out my post Survival Food and Emergency Food Storage to learn more about prepping food.

Obviously, you may want a weapon or two that are easily accessible, but you MAY also want to hide weapons and ammo. This is because if the government does decide to confiscate your guns and ammo, you will have to decide if you want them hidden where they can’t be found. This could be a tough decision based on how the laws work under a martial law system.

Prepare Your Home for Looting

If there are rations, you may be a target to looting. Desperate times may call for desperate measures for those who are not prepared. Find out How to Prepare Your House Against Looters, here.

You don’t need just food and water to survive. You may need alternate ways to stay connected, medicines, first aid, or ways to hunt. When you prep, you have to think of all the things you will need to stay alive for a longer period of time. Check out my list of 30 Non-Food Survival Items to Stockpile. You may also want to read Emergency Items that Will Disappear First.

Decide if You Will Bug in or Bug Out

Before martial law happens, you will want to make some tough decisions with your family. This includes whether or not you will bug out to another location or stay put. Some people have bunkers they can go to that will be much safer than staying where they are. However, others may have all they need right in their home. You’ll want to make your decision now and have a plan. You can find my suggestions for bugging out, here.

How to Survive Martial Law

Hopefully if martial law is declared, you have already prepped! But, prepping isn’t all you need to do. You also need to know how to survive it while it is happening. Here are a few tips:

Anyone who has previously expressed civil disobedience will most likely be the first target. In all the chaos, they will be looking for the trouble makers. So, it’s important to avoid rioting, name calling, or attracting attention to yourself.

Don’t Talk too Much

First of all, do not tell anyone you are a prepper. You don’t want to be a target for looting or have the military confiscating your stuff. Additionally, when collecting intel from neighbors and friends, do more listening than talking.

If you wear military-style clothing, you risk a confrontation with military personnel. Your ultimate goal during martial law is to become the “gray man” and be less visible.

Even if you feel that whoever is in authority is not looking out for you, you need to cooperate. This means you give respect and stay out of trouble. You don’t want to give anyone a reason to harm you or your family. If you are cooperative, you will appear meek and non-threatening. Use that tactic to your advantage.

Keep the Act Up

As a prepper, you will have less reason to go to the streets to get things, however, if you live in the city you don’t want anyone to know that. You want to play the part of the “sheeple.” Pretend with your neighbors that you have nothing. Keep up the act of trying to find food etc. Observe your neighbors and act like they do.

Be Ready to Defend Yourself

During civil unrest, you never know what’s going to happen. While you can, take self-defense classes, have and make improvised weapons, and again keep yourself less visible.

Martial law is serious business. Sometimes it is necessary, but even when it is, you should still be prepared to survive it. Remember, prepare for the worst and hope for the best! Please stock up if and when you can. May God Bless this world, Linda 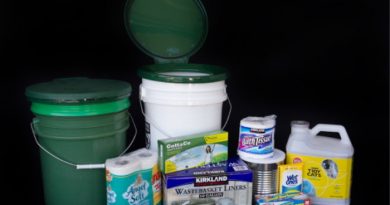 How To Store Your Emergency Preparedness Items 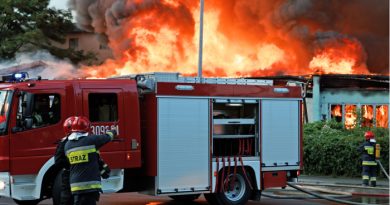 How To Be Ready For The Next Disaster 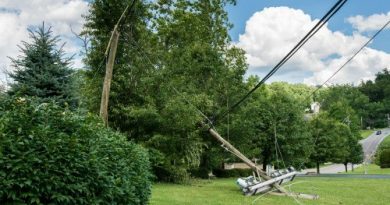 How To Prepare For A Power Outage Today

19 thoughts on “Everything You Need to Know About Martial Law”