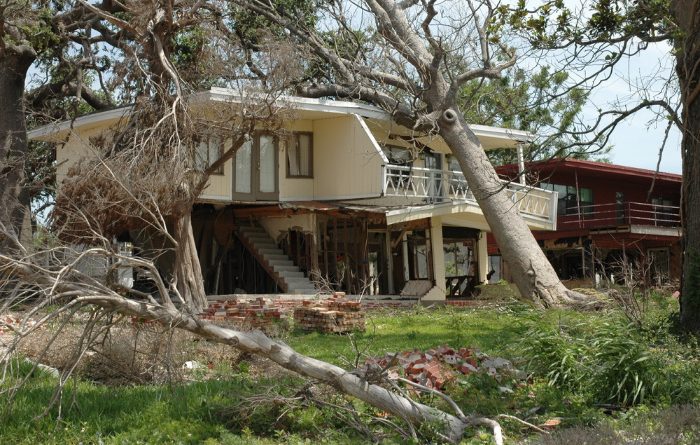 I am honored to have a reader, Lori Hodges, tell her story about being a hurricane survivor through Katrina, Rita, and Gustav.

“I lived in Baton Rouge, LA (about 45 minutes northwest of New Orleans) when Katrina was headed our way.

The interstate traffic in our city was horrendous about a week prior to Katrina making landfall.

Hotels all the way up into central Louisiana were filled. Churches started opening their doors to those with no place to go.

I Evacuated before The Storm

I evacuated to my parents’ home, in central Louisiana, three days before she made landfall. I left my home around 3 AM, so as to avoid all of the interstate traffic, and it was the best decision I could’ve made. Baton Rouge is the state capital of Louisiana, and the influx of people fleeing the coastal areas DOUBLED or TRIPLED our city’s population.

I was into preparedness, so I made sure to bring some flashlights and my NOAA weather radio with me to my parents’ house. Thank goodness I did, because we lost power and they couldn’t find any flashlights with batteries and had no radio. They didn’t even know to secure outside furniture, etc. (I’m glad I got there a few days early!)

The lodging was booked up in their area, and gas was also hard to find. Generators were also sold out. The wind and rain howled for hours at my parents’ home, which is a three-hour drive from New Orleans. It was pretty scary, so I can’t imagine what it must’ve been like in New Orleans.

3 Days After The Storm

I returned home three days after the storm hit, and God graced me with no damage to my home or property. In my future husband’s neighborhood, at least 1 tree had fallen through a home on every street. My house had regained power, but most of Baton Rouge was still in the dark.

Generators Nowhere To Be Found

Generators were nowhere to be found. Numerous roads were blocked by fallen trees, and the influx of people driving around made traveling difficult. Since most stores were without power, few businesses were open.

Of the few that did have power, their credit card machines did not work, so you could only pay with cash.

Phone Calls Did Not Go Through

Making land-line and cell phone calls were pretty much impossible, as the phone lines were jammed. Text Messages would go through most of the time.

I Had ONSTAR (it came w/car)

I happened to have ONSTAR (it came with my vehicle) so I could make calls to my family, as Onstar is a satellite phone service. Also, my Mom had given me a calling card (of hers) to use to make long-distance calls, and that also worked since it was routed through an out-of-state service.

Gas was scarce. My future husband and I lucked out and learned that a gas station, with power, near my home, had their tanks re-fuelled every night in the early morning hours. We would go there to top off our vehicles and fill gas containers, with no waiting in long lines.

Crime, in our area, increased due to criminals (from New Orleans) taking advantage of staying in our city. However, many evacuees were so grateful to have shelter in churches and such, that they went around a nearby neighborhood and assisted in helping residents cut up trees, remove debris, and do anything they could to help.

Numerous people grabbed their fishing boats and headed to New Orleans to try to assist in evacuation, but were turned away.  Traffic all over town remained to be a nightmare for the next couple of weeks. A lot of the power was restored after a week or two. Many of the evacuees decided to stay in our city, and the crime rate also remained higher than before the storm.

The next year brought us, Rita and Gustav. Those storms were much smaller than Katrina, but did more damage to our area. Many of the trees and their roots had been weakened by Katrina, so it didn’t take a whole lot of wind and rain to bring them down. I lost a smaller tree that crashed through part of the fence in my back yard.

The Cajun Navy and Louisiana Cajun Navy Facebook sites are a great resource for those in the storm’s path. They post information on shelters (human and animal) and places opening for parking your camper or RV. They also give out preparedness information.

You can register your information with them if you think you may need to be rescued or know someone who needs to be checked on.

They use the Zello app, which is a great communication tool (even for families to speak to each other) to ask for them to rescue you.

Texas and Louisiana are close friends, in that we really help each other when a storm hits one of us. When Harvey hit, many people formed groups and bought travel-sized toiletries to make comfort kits to send to Texas for those staying in shelters.

Many other groups bought 5-gallon buckets and filled them with cleaning supplies, gloves, etc. to give to those gutting their flooded homes.

I hope what I’ve experienced may inspire you with ideas that may be helpful to share with others.”

I’m so grateful to Lori for sharing her first-hand experience with us today. Being a hurricane survivor and living to share her thoughts with us is truly a blessing. We can see stuff on the TV, but to hear what really happened behind the scenes will help all of us in the future.

We will be better prepared should we be hit by a hurricane, tornado, flood, or fire. We must prep to be prepared for the unexpected. May God bless this world, Linda

How One Family Survived Katrina

Be Prepared For A Hurricane

Five Days At Memorial by Shari Fink “Pulitzer Prize winner Sheri Fink’s landmark investigation of patient deaths at a New Orleans hospital ravaged by Hurricane Katrina—and her suspenseful portrayal of the quest for truth and justice.” 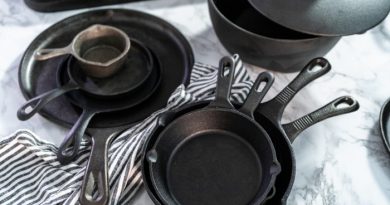 Prepping Items You Should Buy Used 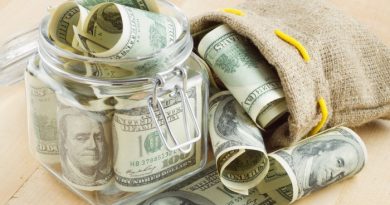 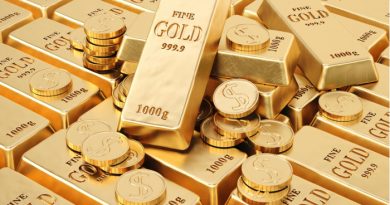 Gold: What You Need to Know

2 thoughts on “Story From A Hurricane Survivor”