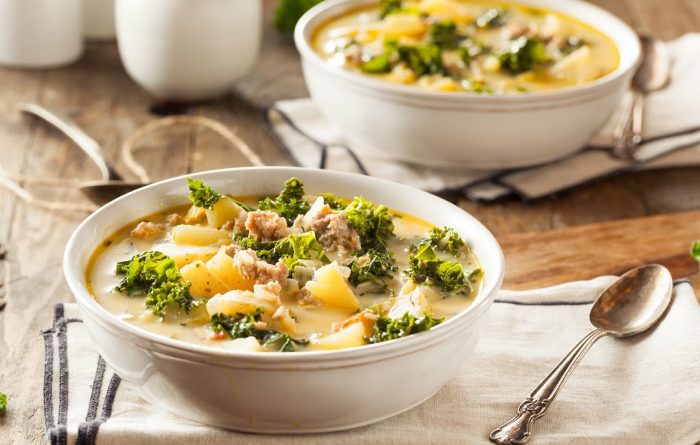 This is a creamy sausage potato soup recipe I love to make when we have a crowd coming over for dinner. I typically always have the ingredients, except for maybe the fresh Kale, in the refrigerator. Here’s the deal, you could leave the kale out and it’s still a really good soup!

It’s an inexpensive soup you can make from scratch and add more or less of any of the ingredients. In other words, it’s pretty much a no-fail soup.

Mark and I were up in Salt Lake City, Utah for the Christmas holidays and we had a lot of people to feed. This is one of our soups that our family really enjoys. Plus, the fact that we don’t eat out very often to help save money and because we love to cook together as a family, soups have become a staple for us!

Heidi, our daughter had a lot of red potatoes she wanted to use up, so we started chopping the potatoes, the onions, mushrooms, and bacon. Costco sells their cream fairly cheap for a 1/2 gallon and we had a few cartons in the refrigerator.

Nate, our son-in-law, picked up the sausage to fry for the soup. Oh, how I wish you could smell how yummy this soup is! Do you love to cook meals with family as much as I do?

When we go up north, my granddaughter, Elle, always wants to make cream chipped beef on toast with me! It makes my heart melt, just saying. I love teaching her to cook from scratch like her mama.

Read More of My Articles  The Very Best Coleslaw Recipe

Here are the ingredients:

The first step is chopping all the vegetables with a really good knife.

Then you brown the and add the onions and potatoes to simmer in the chicken broth. I used a fork to test when the potatoes were finished cooking.

The next thing was adding the sliced mushrooms and bacon bits to the soup pot. That oil you see is the sausage grease that gives it the yummy flavor.

Then we added the kale and the cream. Oh my gosh, the room smelled fabulous! Who loves the smell of soup cooking? I know I do! 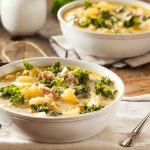 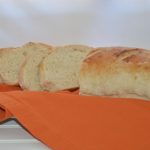 This sausage potato soup recipe is easy to make from scratch and enjoy with your family or friends. You can make my no-fail French bread to go with soup and dinner is ready in no time. 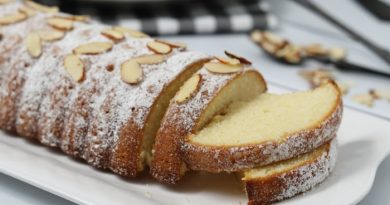 How To Make The Very Best Almond Cake Recipe 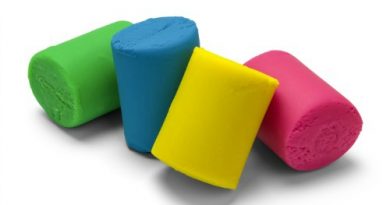 How To Make Playdough 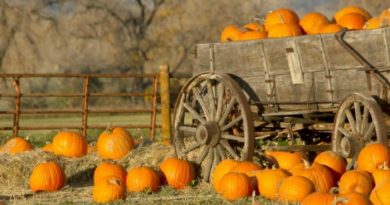 10 Best Pumpkin Recipes That Are Easy To Make