You need to be prepared with over the counter drugs for survival just in case we lose power and the stores close. The pharmacies could be closed because their registers and Internet may not work They may close because they can’t collect cash, debit cards, or look up prescriptions, etc. Therefore, your insurance cards will not work because there may have been extensive power outages in many cities, counties and many states. I decided to run to a local grocery store today and I picked up a few over the counter products that you may or may not use. We all have our favorite over the counter drugs. Here’s the deal, I needed to rotate what I have at home because some of the dates on the boxes are expiring very soon. Call me Nervous Nellie, but I have to be prepared for the unexpected, it’s a way of life for me.

If you use essentials oils, please know that I use them all the time too. I go to the doctor once a year, and that’s only for my high cholesterol prescription to be refilled. I rarely get sick, if ever. I eat a plant based diet and I’m trying to exercise more to keep myself healthy. Here’s the deal, sometimes my grandchildren come to visit and I need some children’s Motrin or Children’s Triaminic Fever & Cold suspension. I love to keep my Neosporin ointment fresh, so I replace open tubes frequently. I never want to run out of it. I have boxes of band-aids and butterfly strips and so many other first aid supplies. But today it’s a friendly reminder to stock up on some over the counter drugs like anti-diarrheal medicine. My favorite is Imodium A-D. If we have a pandemic break out I may need that Imodium in addition to my arsenal of essential oils. Of course, I stock up on My Doctor Suggests Silver Solution as well. I grabbed a few boxes of the good old pink boxes of Pepto-Bismol too.

Remember I am not a doctor, registered nurse or anyone in the medical field. But other than my cholesterol medicine I rarely need to go visit my doctor, who by the way is my best friend forever. I just stopped by his office a couple days ago because he’s moved to a new office and he had to take a double-take because he rarely sees me at the office. We talk all the time on the phone because we are both “preppers” if you want to call us that. I know some of his kids and he knows two of my daughters. We laugh together and talk about preparedness stuff every time we see each other.

Over The Counter Drugs:

Let me know some of your favorite over the counter drugs you like to buy and rotate in your first aid kit or emergency preparedness kits. I will add them to my list.

My doctor says not to use anything with acetaminophen. The bad out weighs the good. Here is an article he wrote minus the pictures (they wouldn’t copy) Hope this clarifies things and is helpful :

New Thoughts about some old medicines

One of the curious societal circumstances is that poisonous drugs are allowed to be sold over the counter in an unregulated fashion and nontoxic ones are restricted. I don’t understand why this is so, only that it is so.

One of the oldest medicines in use is aspirin. Salicylic acid was initially extracted from willow bark ( from a latin salix=willow tree) and subsequently made synthetically.

It is a phenolic phytohormone which acts throughout the plant to induce defensive responses in the plant to pathogens. Volatile methyl-salicylate is naturally produced by the willow when stressed and will induce a similar response in nearby plants when they are exposed to the vapors.

Willow was used as an herbal remedy for fevers, pain, acne and arthritis. It has an assortment of side effects like urticaria ( rash) deafness, metabolic acidosis, and Reyes syndrome.

Continuing applications of Salicylic acid are for acne, as a treatment of dandruff and for dissolving calluses as an exfoliative (removes dead skin).
In 1897 the Bayer company modified Salicylate by acetylation and “Aspirin” (acetylsalicylic acid ) was born. This was aggressively marketed by Bayer even though it had been first synthesized by the French chemist Gerhardt in 1853.

It was better tolerated that the simple salicylate compound and had additional effects. It is estimated that currently 40,000 tons are consumed annually!
(PS: as partial reparations extracted from Germany after WWI Bayer’s patents were invalidated by seizure and dispersed to the conquerors . Aspirin was one of those patents)
acetylsalicylic acid

Bayer laboratory was a busy place and one of the things they were working on in 1865 was a synthetic blue dye to replace the expensive and uncommon plant derived blue indigo dyes.

These indigo dyes were rare and expensive enough to be called “blue gold” in ancient India. The natural dyes are a metabolite of the ring/cyclic amino acid Tryptophan, made by the specific fermentation of certain plants in big piles by the Indians to create the blue color.
The destructive distillation of indigo in 1826 produced aniline, a toxic ring compound related to phenol and benzene. This chemical is used for many chemical reactions including the production of polyurethanes and many dyes in the colorantt industry”.

A cheap and reliable aniline purple dye was made accidentally by 18 yr old William Henry Perkin in england who was attempting to make quinine in chemistry class. Because He was a student and not employed by a chemical firm, he was able to patent the compound and build a fortune in the dye works.

Later variations of this compound were used for “ditto” machines to print those fragrant blue copies that many of us remember. It was probably carcinogenic too!

aniline
While experimenting with aniline, the bayer company made a white powder from coal- tar derived aniline which they called phenacetin or acetanilide.
Since it was colorless and not useful as a dye, they wondered what they could do with it to make money…….. So they gave it to sick people!
It would block fever and people who took it would have less pain complaints but a significant number of them would unfortunately turn blue and die. The compound is a general metabolic poison and will often induce methemoglobinemia or even wide spread acute hemolysis.

Despite those little problems it was widely marketed as APC (aspirin-phenacetin-caffiene) until being withdrawn from the market in 1983 because of cancer causing and kidney killing effects (renal papillary necrosis). If that doesn’t kill you right away , it caused cancer of the kidneys and urological tract (likely other cancers as well).

It was mixed with various other compounds most notably with codeine to limit the “abuse ” of codeine and make those who took too much codeine ill! (curiously codeine and the other narcotics are notably NON_TOXIC in comparison to acetaminophen).

How does such a regulatory mind work that would add a poison to a non-toxic medicine purposely to make people sick?

Chemically Modified semi-synthetic) narcotics in common use today are hydrocodone and oxycodone. When they are mixed with acetaminophen/APAP they are called lortab or percocet respectively.

These are very common medications and amount to huge $ in the “pharmaceutical ” trade.

So what is the problem You may ask? Despite increasing irrefutable data about the toxicity of acetaminophen , it is still being taken like candy over the counter. It is in many witches-brew compounds and is an adulterant in narcotic prescriptions (such as percocet, tylenol- codiene , and lortab).

Acetaminophen is a leading cause of liver disease in the world through acute and chronic mechanisms! Acetaminophen associated Kidney disease is well known and the increase in cancers of all types is highly suspect. There is evidence that Alzheimer’s disease is linked with intake of acetaminophen .

Taking tylenol with narcotics is particularly bad because the less poisonous / more natural narcotics are better suited to our metabolism and get preferential attention by our liver cytochrome p450 enzymes.

When this happens, acetaminophen is shunted to a secondary pathway of N-hydroxylation to form the toxic alkylating metabolite NAPQI which irreversibly attacks glutathione and other important compounds in our bodies ( like our DNA and critical proteins).

Some people have metabolisms which preferentially produce NAPQI from acetaminophen even without having any competing compounds like the narcotics present.

NAPQI metabolism
When the increasing incidence of cancers of all types are noted, the wide spread ingestion of acetaminophen is very concerning. I would like to see acetaminophen banned in all forms.

Tylenol is particularly poisonous to Cats! Even with very small amounts they have untreatable hemolysis (rupturing of the red blood cells) with methemoglobinemia , kidney failure , turn blue and suffocate/asphyxiate. Snakes are poisoned just like cats. Dogs suffer liver damage.

I ask: ” Why has poisonous acetaminophen not been removed from the market ?”

You know the answer………… big $$$$ to be lost by reduced direct sales and profits made due to the causative indirect disease .

So, please avoid taking acetaminophen in any form.

Ask to have narcotic analgesics in their pure form without added poisonous APAP. Take an aspirin instead, but only now and then and never give one to your cat because it will poison them almost the same as APAP.

Choose to avoid poisonous acetaminophen in any and all forms!

This is a must have book for me: A New Fighting Chance: Silver Solution: A Quantum Leap In Silver Technology: How molecular structuring safely destroys bacteria, viruses and yeast. 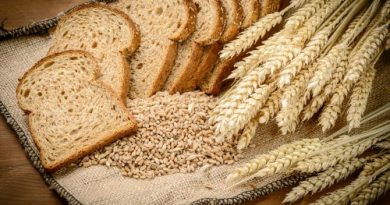 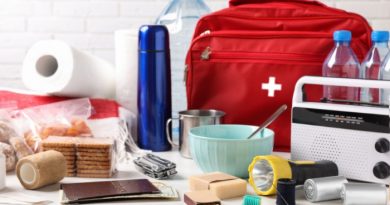 17 Preparedness Facts That Will Make You Think Twice 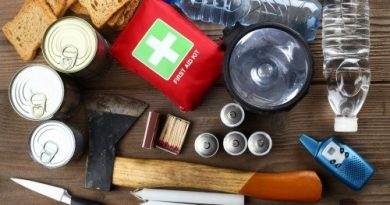 How To Store Emergency Food And Water