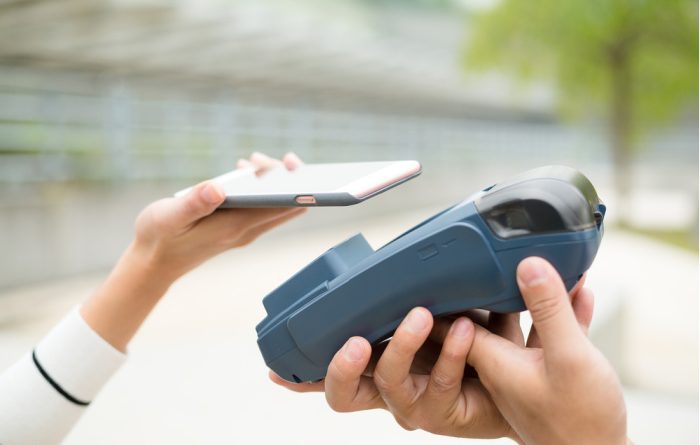 Whether you’re willing to admit it or not, the United States, along with several other countries, are strategically moving closer and closer towards the horizon of becoming “cashless society” nations. It may even be here sooner than you think. A cashless economy can seem scary.

This notion may sound a bit science fiction to some of you, or even a tad scary to others, but true nonetheless. In fact, it’s already expected to happen in the country of Sweden by the year 2023. That’s tough news for many of us folks that continue to rely on cash for all of our purchasing needs. Have you ever thought about what it takes to survive in a cashless society?

In case you missed this post, 30 Items You Need To Survive A Pandemic

How to Survive in a Cashless Society

There’s no doubt that a cashless society can benefit us for a number of reasons, but what happens if a major disaster were to happen and you no longer had access to your digital bank account? That sounds terrifying, especially when you’re thinking about trying to provide for your family. Here’s how you could still survive if you were to wake up one day and find yourself living in a cashless society.

The Pandemic Has Boosted Us Forward as a Cashless Society

Over the past couple of decades, more and more of our purchases have been made electronically, which has quickly shifted us into a less-cash oriented society already. In certain areas where we live, you may have even noticed that a number of businesses and restaurants have stopped accepting cash altogether since they don’t want to possibly have the virus passed along with the currency.

The recent coronavirus has also forced its hand with coin shortages and spreading fear of becoming sick, forcing retailers into making the decision to post signs in their doors reading “contactless payments only.” Research has shown that as many as ⅓ of consumers have made the switch to a cashless payment method in fear of catching the virus.

A World Shifting Towards Cryptocurrency and Bitcoin

Today we are seeing more people making the switch to Bitcoin as a form of currency instead of using paper. For those of you in the dark about Bitcoin, it’s something that is entirely virtual and digital. Your wallet is connected directly to your bank, debit, or credit card. It’s been made to be so easy and convenient that consumers ask very few questions.

People can transfer money from person to person without ever having to step foot in a bank, along with offering you incredibly low interest rates. Another perk is that it’s much more difficult for thieves to hack into and steal, though cyberattacks are a growing concern in the world we live in today. As of February 2020, Bitcoin is considered to be legal tender, but it differs from state to state.

Overseas we are seeing countries that are starting to have a negative view on cash, while cryptocurrency is viewed as king. Banks in Britain and the United Kingdom are closing their doors at alarming rates, while ATM’s are quickly disappearing, leaving citizens with fewer options where they can go to get cash.

Going to a Cashless Society

Before too long it seems everyone will be required and left with little choice but to go digital. That includes citizens living in the United States. Whether you like to think about it or not, a cashless society is something that we need to start preparing for now.

While digital currency may be currently seen as an effective way to buy and sell and to continue on with our daily lives, it can be subject to interruptions due to power outages, loss of Internet access, etc. That’s why it’s so important that you have other methods set in place now so that your family can survive when both cash and digital currencies are both unavailable.

What Happens After the Power Goes Out?

I’m not necessarily talking about an apocalyptic event, but already in the present today we’re seeing a number of major catastrophes that have left millions without power, and unable to make necessary survival purchases.

All because digital spending was rendered useless for a short period of time. What about the possibility of a cyberattack that devastates millions of peoples’ bank accounts? But preparing for an apocalyptic scenario would still be a wise move on your part because you never know when the SHTF and we remain in the dark indefinitely.

If a major disastrous global event were to ever occur in our lifetime, things would get more than a little “dicey” or “hairy” for you and your family. Especially when cash is no longer an option and everyone’s thinking quickly becomes, every man for themselves.

With no one to rely on and no grocery store to supply you with meals, how will you survive? It’s imperative that you know certain basic survival skills, including how to build a shelter, finding fresh drinking water, starting a fire, using navigation, and discovering other means of how to feed your family.

Have Items You Can Trade

During an economic meltdown, it will also be important that you are stockpiled with a number of key items that you’d be able to barter and trade with. One of the first things that you should consider getting a hold of is silver and gold. Both of them should still hold value long after the dollar holds a value of less than a ply of toilet paper. Valcambi bars may be an excellent choice to buy into, as they are easier to break off and trade with, but please do your own research to make sure it’s right for you.

Other crucial items to have a stock of include water, food, clothing, medicines, fuel, toilet paper, duct tape, garbage bags, multi-tools, flashlights, baby supplies, and batteries. It may already be too late to gather these things up after a crisis has taken place. That’s why I strongly encourage you to prepare ahead of time so that you aren’t frantically scrambling and gathering shortly after disaster has struck. 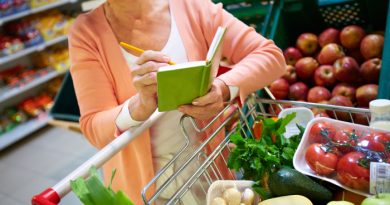 Grocery Shopping on a Shoestring Budget 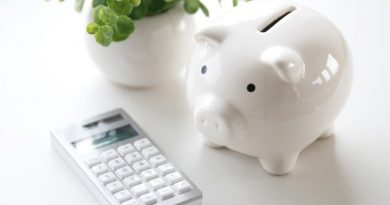 How To Save Money Each Month 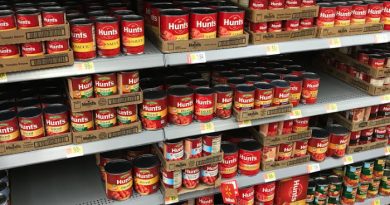 What To Stock Up On In December

32 thoughts on “How to Survive in a Cashless Society”