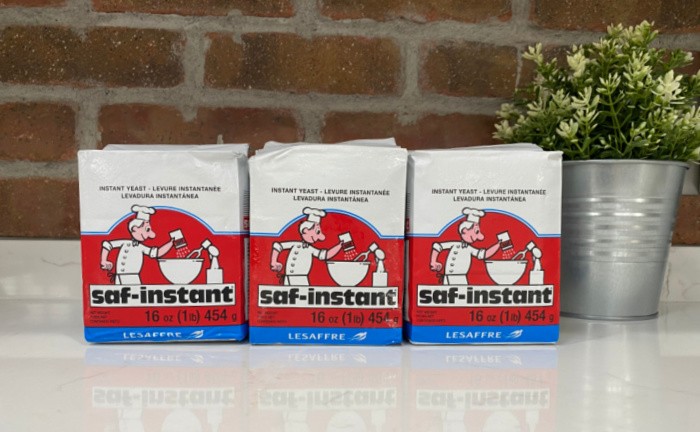 Yeast is a type of fungi commonly used in recipes. While plenty of people use yeast to prepare bread, muffins, and other baked goods, they don’t typically think about what it is or where it comes from. Learn everything there is to know about yeast in one place with this convenient guide. You can have all the questions you’ve ever had about east answered here.

Yeast: Everything You May Not Know

Many of the foods you usually consume contain yeast. You can bake these foods at home or buy them from a store. So whether you’re preparing them from scratch, buying them from someone, or somewhere else like a store or bakery, these are some of the different foods that typically contain yeast.

When baking bread, it’s essential to get it to rise. So, if you want to make bread at home, you’ll need some baker’s yeast. If you’re not baking bread at home, expect any bread you buy to contain some yeas, unless otherwise stated. By now you know, I only use Saf Instant Yeast.

In case you missed this post, How To Make A Sourdough Starter + Bread

Some of your favorite pastries and baked goods contain yeast. These foods include honey buns, donuts, and other decadent treats baked in an oven before they’re served.

The rolls and buns which you use to make sandwiches, hamburgers, and hot dogs will typically contain some yeast. It’s added to the dough to get the dough to rise with ease before the rolls and buns get baked, packaged, and sold. You may never have known that something you eat often contains yeast, but it does.

Most biscuits contain yeast. The reason it’s commonly used to prepare biscuits, whether made from scratch or canned biscuit dough, is because it helps to get them to rise to perfection. When you want to eat a biscuit, you want something full, flavorful, and fluffy, not flat and dense. The yeast gives the biscuits that perfect size and texture.

Yep, you can even find yeast in the milk you drink! It’s included as an additive during the filtration process before the milk ever gets sold to the consumer. It’s part of the process of preparing the milk to sit on the shelves, where people will have access to it and can buy it at their leisure.

Where to Easily Find Yeast for Baking

If you need baker’s yeast for a recipe, it’s not hard to find. Most grocery stores sell yeast. However, don’t always expect to see it in a large bag like you would when shopping for sugar or flour. In most instances, yeast is available in individual packets or in vacuum-sealed bags like SAF Instant Yeast.

A small amount of yeast goes a long way when added to different recipes. It’s good to have it stored in your refrigerator or freezer because you never know when a recipe might call for yeast. And, when it does, you’ll be prepared by having it at home.

Why You May Need to Use Yeast in Certain Recipes

When looking through your recipe book, you might notice that several of the recipes throughout the book call for yeast as an added ingredient. There are a few good reasons to add such an essential component to a recipe. When using yeast, you can enjoy some of the following benefits:

As you can see, yeast is beneficial for different reasons. For centuries, people have used it as an ingredient in many foods, including plenty of baked goods. So if you have a recipe that calls for yeast, it’s important to use it instead of leaving it out. If you don’t include it, things might not turn out as well as you anticipated.

How many teaspoons are in a packet of yeast?

One packet of yeast usually contains 1/4 ounce or approximately 2-1/4 teaspoons of yeast.

Why does my bread or dinner rolls taste like yeast?

This is a common question by breadmakers. I have been making bread for over 50 years and my experience has been if the bread tastes like yeast, the bread dough may have sat too long on the counter “rising” before baking it. I have tasted dinner rolls with that yeasty taste and I can’t eat them.

What is brewer’s yeast?

I quote, Healthline “Brewer’s yeast is an ingredient used in the production of beer and bread. It is made from Saccharomyces cerevisiae, a one-celled fungus. Brewer’s yeast has a bitter taste.

Brewer’s yeast is also used as a nutritional supplement. It’s a rich source of chromium, which may help your body maintain normal blood sugar levels. It’s also a source of B vitamins.”

What is nutritional yeast?

I quote Healthline, “While brewer’s, baker’s, and nutritional yeasts are technically made from the same species of yeast, they are very different products.

Can I make bread without yeast?

Yes, you can, it’s basically called “natural yeast” which consists of two ingredients, flour, and water. Some people call it Sourdough bread. I have step-by-step instructions on how to make natural yeast, or you may call it a sourdough starter. In case you missed this post, How To Make A Sourdough Starter + Bread

Knowing that yeast is a type of fungi, it’s easy to understand why most people would feel disgusted about the idea of using it to make different recipes. However, it’s in a lot of the foods you’re already eating without even realizing it. The good thing about having yeast in many of the foods you eat is that it’s good for you. It’s an excellent source of vitamin B, an essential nutrient for the body. It also provides the body with zinc. Not only can you reap the health benefits associated with consuming yeast, but you can also enjoy the added texture and flavor it brings to different foods, including cakes, bread, pastries, and so much more. May God Bless this world, Linda 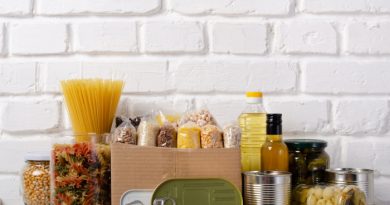 30 Survival Foods to Stockpile for Any Disaster 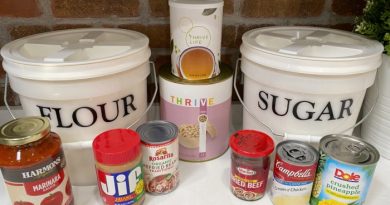 Food Storage: What I Have Changed 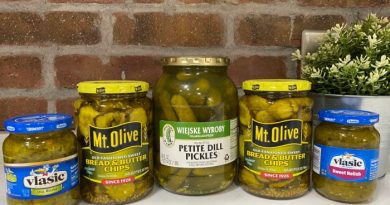 Pickles: A Little History Behind Them

16 thoughts on “Yeast: Everything You May Not Know”