Some of us like our food hotter than others and jalapeños are certainly a good ingredient that rises above our expectations. They can be enjoyed while being topped on nachos and cheese, or used to add the zing in a salad. Keep reading to discover Jalapeños: What you need to know.

They can even burn your hands while preparing them if you’re not careful. Jalapeños also happen to be really good for you and can provide you with several health benefits that may surprise you. So here’s more on jalapeños and what you need to know.

Jalapeños: What You Need to Know Fun Facts

Jalapeños were the first peppers that ever made it into space aboard the space shuttle Columbia. Not everyone enjoyed jalapenos the same way we do today. Instead of eating jalapeños, the Ancient Aztecs used them by drying and then smoking them.

Jalapeños are bright red when they are fully ripened. Most times the pepper is picked while it is still green, but if left to ripen, they have an even spicier and hotter flavor for you to dare to eat. As strange as it may seem, they are also sweeter too.

Some people drink lots of water to help cool the burning sensation of a jalapeño after they’ve bitten off more than they can chew. Have you ever tried drinking milk afterward?

Milk contains the protein casein, which works to break the bond capsaicin on our nerve receptors.

Even though they can be incredibly spicy and are usually located alongside vegetables in your local grocery store, jalapeños are correctly identified as a fruit. But that doesn’t mean that they aren’t closely related to tomatoes, zucchini, eggplant, or okra.

Jalapeño peppers are a fruit that comes from the Capsicum pod type. Compared to chili peppers, they come medium in size, between 2-3.5 inches long, but can grow up to 6 inches in length.

They are grown around the world for the mild heat that they bring to other foods.

I say mild heat because they only come packed with about 2,500 to 8,000 Scoville Heat Units (SHU) compared to the hottest pepper in the world, the Carolina Reaper, which has about 1,569,300 SHU. Wow, that’s hot!

Read More of My Articles  Cinnamon: Everything You Need to Know

They were originally cultivated in Mexico thousands of years ago, where they thrived, and continue to thrive, in an arid climate. The meaning of the name Jalapeño, or Xalapa, means “from Jalapa,” a large Mexican city where they originally came from.

Today, Mexico is still the most prolific place for producing jalapeno peppers, with over 70,000 square acres of land which have the sole purpose of growing them.

Jalapeños are filled with several vitamins and minerals, as well as crammed with vitamin C, even more so than what an orange does. A single 14-gram jalapeño contains around 10% of your daily recommended value.

They are rich in vitamin B6 and contain decent amounts of vitamins A and K. They are a good source of fiber, folate, and manganese. Jalapeños also contain the chemical capsaicin, which can work to burn fat.

There are compounds within jalapeños that work to slow the growth of foodborne bacterias and yeast. In other words, they can prevent food poisoning.

They also have been found to prevent strep throat, tooth decay, and chlamydia. In all of these studies, it’s important to note that they used pepper extract and not the whole jalapeño.

Jalapeños are able to give your metabolism a boost, by reducing your appetite while increasing the fat you burn. All this is thanks to capsaicin and other compounds that are present in jalapeños.

They lower the risk of becoming obese because of their help in reducing abdominal fat.

The vitamin C that can be found in jalapenos works to repair damaged cells while reducing inflammation. Stress and inflammation are attributed to helping cause diseases such as diabetes, obesity, and certain types of cancer.

Jalapeños can be used as a natural pain reliever when applied externally. That’s because the capsaicin that’s present works to block the nerve receptors and dismisses the pain. You may feel a slight burning sensation at first when you apply it, but then it will begin to numb the tissue until you feel little to no pain in that area.

Reduces the Risk of Heart Disease

Read More of My Articles  Blueberries: Everything You Need to Know

Lowers the Risk of Certain Cancers

Once again, capsaicin plays a huge role in fighting cancer, with its anti-cancer properties. It’s capable of killing as many as 40 different types of cancer cells without harming any of our good cells.

They help to stop the growth of the harmful cells and the spreading of them throughout your body. At this time more research needs to be done to see how capsaicin affects cancer in humans.

There have been human studies that have proven eating too much of jalapeños can also cause cancer as well. So it’s good to find that healthy balance in our diets.

How to Store Them

When they have been in a can that has been opened, place them in a plastic container and then put them into the refrigerator. You are also able to freeze them as well.

When you are cutting and preparing jalapeños, it’s important that you wear gloves so that you don’t burn your skin. If you do get burned, try rubbing your hands with one of the following: dish soap, olive oil, alcohol, or a weak bleach solution will help take the burn away.

Jalapeños certainly know how to pack a punch of flavor in such a small bite. They add just the right amount of spiciness to several of our favorite dishes and snacks, and it just wouldn’t be the same without them.

They also happen to be really good for you too. Here are several other ways in which you can enjoy eating them in recipes that are calling for them. What else would you like to know about jalapeños: What you need to know? May God bless this world, Linda

How To Make Salsa That Is Safe To Can 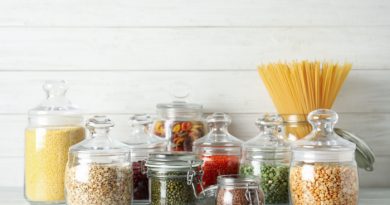 25 Important Items You Should Have In Your Home 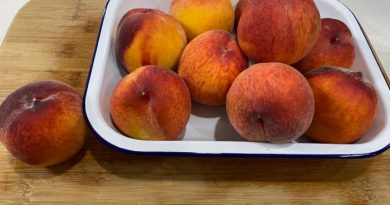 Peach Facts: What You May Not Know 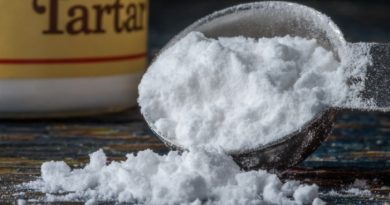 Uses for Cream of Tartar

6 thoughts on “Jalapeños: What You Need To Know”