Today it’s all about Bell Peppers: Everything You Need To Know. Stuffed bell peppers are hands down one of the best appetizers on the planet, or is that just my own humble opinion?

Their presence in a fajita, a stir fry, or a salad remains unmatched, and oriental food doesn’t taste quite right without them. They happen to be a lot easier to eat, and not spicy like most other peppers out there.

Maybe you’re not a big fan of bell peppers because they’re one of those foods that simply don’t wow you? Perhaps it’s just that you don’t know about the number of ways you could be enjoying them?

I have several different recipes that may surprise you with just how good bell peppers really can be.

Bell Peppers: Everything You Need to Know

Bell peppers also happen to be rich in several different vitamins and minerals that provide you with a number of health benefits. Go ahead and read on to learn more about bell peppers and everything you need to know about them.

Bell peppers, or sweet peppers, are a part of the nightshade family and are similar to chili peppers and tomatoes that also originally were from Central and the northern parts of South America.

There are 9 different types of bell peppers and they can come in all sorts of colors besides green, red, yellow and orange. Others are purple, white, or brown. Each of these colors produces a different taste.

This may surprise you, but even though bell peppers are found in the vegetable section at your local grocery store, they are actually considered to be a fruit. It’s true! That’s because they contain seeds and come from the flowering part of the plant.

The bell pepper is the only type of pepper that does not contain capsaicin, which keeps them from producing a burning sensation on our tongue like most other peppers tend to do.

Red, yellow, and orange peppers happen to be green peppers that have been allowed to ripen on the vine more fully. The red bell pepper is considered to be the healthiest because of its long time spent ripening.

Most of the calorie content within a bell pepper consists of carbs, with most of them being sugar. There are around 6 grams of carbs for every 3.5 ounces. They have small amounts of fiber, along with potassium, folate and vitamins A, B6, C, E, and K1.

They also contain compounds and certain antioxidants, including lutein, quercetin,  violaxanthin, capsanthin, and luteolin, which are all found to be useful in many ways.

You’ll find that bell peppers are super-low in fat as well as calories. This makes it a great snack option for dieters, and also a meal solution.

With so much Vitamin C in them, bell peppers can help to give your immune system the boost that it needs to keep you healthy. Red peppers that have been allowed to ripen promise you more vitamin C content.

With the presence of fiber in them, bell peppers can actually help with your digestion. The red pepper contains more Vitamin C than all the rest, helping your gut absorb iron. Iron then goes on to support the good bacteria that is in our gut.

If you are looking to improve your skin health by making it appear younger and more vibrant, bell peppers are one food that will help you on your way. They can also have the same effect on your hair condition.

With the anti-inflammatory properties that are found in bell peppers, they can help lower inflammation in the arteries, as well as prevent heart disease and diabetes.

Bell peppers have small amounts of capsaicin in them, and in turn, help to lower the levels of bad cholesterol in our bodies.

Read More of My Articles  Coronavirus: Pandemic Supplies You Need

Eating certain foods that contain B6, may actually help to improve your mood. That’s because it helps our brains to produce more serotonin and norepinephrine, both chemicals that can affect our mood. Bell peppers are one of these kinds of food.

Do you struggle with getting a good night’s rest? Bell peppers contain B6, which helps to produce the melatonin needed to regulate your internal clock.

Bell peppers contain Lutein and zeaxanthin, both of which help to improve eye health when enough of them are consumed. This may help decrease the chances of macular degeneration and cataracts, as well as protect your retinas.

By adding bell peppers to your diet, you may be lowering the risk of a number of visual impairments.

Potassium is another mineral that works to balance several fluids and other minerals in our bodies. By doing so, not only does it help to regulate our blood pressure, but it also enhances our muscle function.

Another benefit from the anti-inflammatory properties within a bell pepper is that they can help to relieve chronic pain in a number of ways. This is due to vitamins C and K, both helping to reduce any swelling. They may also help to prevent osteoporosis as well.

There are very few people that need to worry about eating too many bell peppers, but those who show signs of allergic reactions should be cautious. It’s also been found that those who suffer from pollen allergies may have a slight chance of also being allergic to bell peppers.

Bell peppers are a great source of nutrients, helping to bring about so many health benefits for you. You may prefer to eat them raw, but here are several other ways in which you can prepare and enjoy green peppers as well.

What did you find most surprising about green peppers and their many health benefits? What do you think about Bell peppers: Everything You Need to Know? May God bless this world, Linda

Why Vitamin D May Be Just What You Need 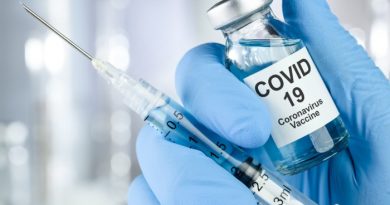 What is the Covid Vaccine? Biology Lesson 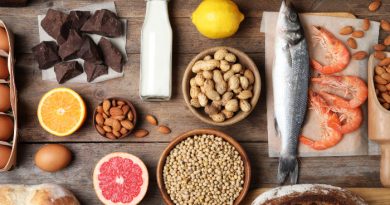 Allergies: What You Need to Know

4 thoughts on “Bell Peppers: Everything You Need To Know”