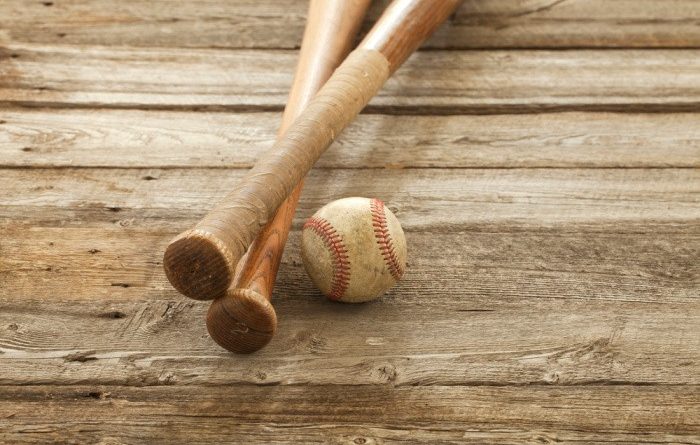 While too many of us would like to think that we live in a world where everyone would be kind and courteous, especially when following a major disaster, we’d only be fooling ourselves. That’s because there are certainly evil people out there who would only be looking out for their own interests, and they’d be willing to use whatever method necessary to get what they want.

So whether you believe in guns or not, it’s crucial that you have some way to defend yourself if those types of strangers show up at your door. Fortunately, there are a number of ways that you can do this without pulling a trigger. These are non-lethal ways to defend your home when SHTF.

In case you missed them here are some other related posts to check out:

A cold steel baseball bat doesn’t require you to fumble over to your gun safe in the middle of the night and then struggle to get locked and loaded in the process. All you need is a good strong swing and you can do some major damage. Just be sure that you’re swinging for the fences so that it’s “lights out” for the visiting team. There’s also the possibility that you could trash your house in the process, but given the circumstances, I’d say it’s worth it.

Just because something is non-lethal, doesn’t mean that it won’t cause a lot of pain. And that’s what you want in order to thwart an attacker. With the Sabre 3-in-1 pepper spray, you can guarantee that you will temporarily blind and cause pain to someone that’s up to 10 feet away. It can be used up to 35 times! It’s no wonder this pepper spray is the number one recommended by police forces.

Maybe you’re looking for something to use other than pepper spray? Some people have mentioned that wasp spray also has similar effects on humans as pepper spray does. This is one of my favorite non-lethal ways to defend your home!

There’s a reason why the Vipertek VTS-989 Stun Gun is labeled “very powerful,” and for special occasions such as this I can clearly hear Martha Stewart saying, “and that’s a good thing.” It’s also very affordable while administering enough volts of electricity to put your assailant on the ground. There are enough electrodes dished out to get through any thick clothing, and also shock plates on the side that makes it extremely difficult for them to snatch it away from you.

I’m sure many of you have heard the famous line, “the pen is mightier than the sword.” While I believe that saying was metaphorically intended, the StrikePen decided to give it a new and more literal meaning. It may look deceptively like a pen, but it’s strong enough to break through windows or cause severe pain to intruders.

Have you ever had the wind knocked out of you? If so, then you know that it stops you dead in your tracks (well…not literally). An Arma-100 Bean bag gun is a great way to greet intruders that decide to pay you with an unexpected visit. Beanbags are capable of traveling at 135 feet per second, so it’s sure to deliver a knockout punch when needed. The gun comes with a safety and a spring mechanism that makes it difficult for most children to operate. You also won’t need a license or a background check to get your hands on one, and they are legal in all 50 states.

The Barbarian stun baton can be used to swing just like a club, or also has enough volts of electricity in it to work just like a stun gun. The baton also comes with a 3-mode CREE LED flashlight so that you can see your way around in the dark while blinding your intruder at the same time. You can be sure that this weapon will put distance between you and your enemy, but be aware that a stun gun can cause cardiac arrest in some people and death can occur in some situations.

The Salt Supply Pepper Spray Gun looks just like a real handgun but fires rounds of pepper spray at your target at a speed and distance of 320 feet per second. That’s about 10 times the distance of what normal spray cartridges will do! Your target will immediately be engulfed in a pepper spray cloud as you’re able to get your family away to safety. Just be sure to go over your state’s laws as to whether this form of protection is legal in your area.

Add an Extra Line of Defense

If things start to take a turn for the worst, you may have to set up boobytraps around your home and property. You could always learn a brilliant trick or two while watching any of the Home Alone movies. Even though Harry and Marv (the bad guys) survived several terrible ordeals set in place by an 8-year-old, I make no promises that one of them might not put your aggressor 6 feet in the ground.

Should anyone snoop around your home or decide to break into your home in the dead of night, your home security system will be ready, even if you’re not. You’ll be able to monitor your home and possibly your entire property for more peace of mind. Not only will a triggered-alarm set off a loud noise, but it will also contact your local police, which is important if you’re unable to.

Maybe you can’t afford a home security system? There are always window and door alarms that you can install around your home that will also serve a similar purpose. Adding thorn bushes around your windows can also deter an intruder much like having motion-sensor floodlights.

Get Your Family a Dog

Dog’s are not only “man’s best friend,” but they’re also one of the best security systems that your home could possibly have. They have excellent hearing and can deter most home invaders simply with their booming bark (depending on the breed). If an intruder makes the poor decision to continue breaking into your home, if you have a larger canine, they can attack and put their teeth into their enemy? Besides all this, they are loyal companions and great around your kids if you train them right.

Non-Lethal Ways to Defend Your Home When SHTF

If the SHTF, it may not be long before unwanted guests start eyeing your home. Even if you are completely against killing another human being using a deadly weapon, or shiver at the thought of even the slightest amount of bloodshed, these are several non-lethal ways that you should consider when preparing to defend yourself and your family. What are some other non-lethal ways to defend your home that you have thought of? May God Bless this world, Linda. 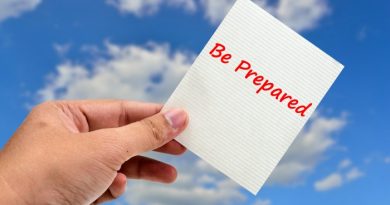 Emergency Supply Checklist We All Need 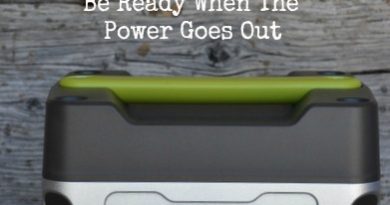 How To Store Water For Disasters Or Unforeseen Emergencies