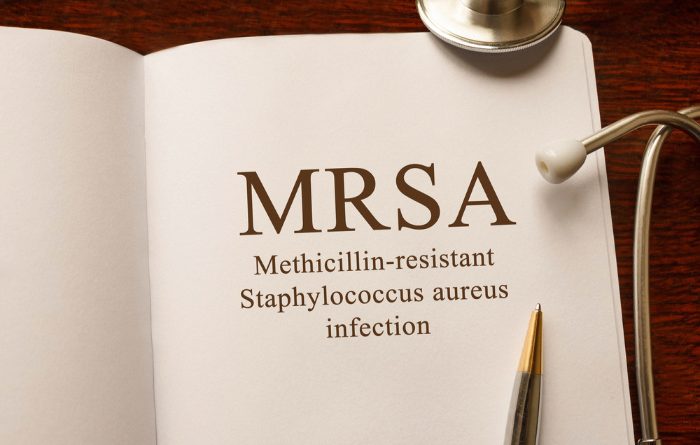 You may not hear about MRSA that often, but when you do, it is usually pretty scary. MRSA is resistant to a lot of different antibiotics which makes it hard to treat. Please refer to the CDC for accurate information on MRSA.

When it comes to taking care of yourself, it is important to know what you are dealing with. Below, you will learn everything you need to know about MRSA including:

The full name of MRSA is Methicillin-resistant Staphylococcus aureus. Its name references the fact that it is resistant to various antibiotics.

Staphylococcus aureus is bacteria that are commonly found on the skin and in the nose. If you have a skin infection caused by staph bacteria, it is called a staph infection.

It is one of the most common skin infections in the U.S. Staph bacteria also cause pneumonia, surgical wound, and bloodstream infections.

Some infections can be treated without antibiotics, but it depends on the type of MRSA infection.

There are two major types of MRSA infections that a person can get: HA-MRSA and CA-MRSA. They are determined by how you acquire the infection. Here is a low down on each:

Most people who acquire MRSA will get the infection in a hospital or other health care setting. If you get MRSA from the hospital, it is called HA-MRSA. The risk factors for getting this type of infection are being in the hospital, living in a nursing home, or having invasive surgery.

MRSA infections in people are experienced by those who have never been hospitalized and haven’t had any medical procedures and are called CA-MRSA. People who are otherwise healthy usually contact CA-MRSA.

The risk factors for catching this type are playing contact sports, working in childcare facilities, and living or working in crowded conditions.

MRSA is a stubborn strain of bacteria that can cause various symptoms. Many people mistake MRSA for a staph infection because staph is much more common. However, it is important to know the symptoms that come with MRSA. Here are 9 that you should be aware of.

Boils are the number 1 sign of an MRSA infection. MRSA will usually manifest in the form of stubborn boils or bumps on your skin. In most cases, the person would have perfect health besides the boils.

The boil will begin as mildly annoying, but not alarming. As time goes on, though, the boil will grow to an alarming size and refuse to heal even with conventional over-the-counter methods. The boil is typically painful, swollen, and displays redness. It may also leak pus or another kind of liquid.

This type of boil should immediately be taken as a warning sign and you should get to a doctor ASAP.

Other symptoms of MRSA are pimples. The difference between a boil and a pimple is that boils don’t have heads, but pimples do. If pimples are stubborn, leaking pus or other fluids, and seem to be swollen and painful to the touch, it is a symptom of MRSA and should be looked at.

Impetigo is actually a skin infection in itself. But, this infection could be a sign of an underlying infection, such as MRSA. It typically develops if a person has MRSA. This infection is usually characterized by small red sores or spots around the face, mouth, and nose.

Abscesses are not boils. Boils are open whereas abscesses are closed. Abscesses are collections of pus that gather inside your body tissue. If the MRSA infection has entered your internal organs, you could get abscesses of all kinds.

The abscesses could then result in pimples, boils, and bumps as stated earlier. When you press on an abscess, it will feel warm and you will be able to feel the fluid build up inside of it. If MRSA is present, the abscess is consistently swelled, painful, and has redness around it.

You will typically see abscesses around places that have hair such as around hair follicles.

Sepsis is when an infection gets into your bloodstream and has spread all over your body. Sepsis could be caused by MRSA.

In fact, the cause of pneumonia can be viral, fungal, or bacterial. MRSA is a bacteria. Symptoms of pneumonia include fever, chills, sweating, panting, and pain in the chest.

If you have a UTI, look around to see if you have other symptoms that could be MRSA. For example, there could be lesions or pustules on your buttocks, thighs, or genital area.

Because MRSA is a bacterial infection, it has the tendency to cause a fever. Those with a staph infection tend to have a low-grade fever that may not need intervention.

However, MRSA can cause high-grade fevers that need intervention to break. You may notice you have chills as well. If the infection remains untreated, the fever may increase in temperature.

The very first signs of MRSA may appear as red bumps on the skin. As the infection continues, the red bumps begin to fill with pus, blister, and rupture.

If MRSA is left untreated, it can cause a condition known as cellulitis. If you have cellulitis, you may want to get checked for MRSA as well.

As you can tell, MRSA can cause other infections and illnesses. It is important to recognize these symptoms so that you can discuss them with your doctor.

MRSA is diagnosed by a doctor by checking for signs of drug-resistant bacteria in nasal secretions or tissue samples. Therefore, if you have any of these symptoms, you should seek medical attention immediately.

The number one cause of MRSA and staph infections are hospitals. Additionally, MRSA is spread by skin-to-skin contact. This means that you can get it by touching an individual who has the MRSA bacterium on their skin.

In fact, you can get the bacteria from someone who carries it on their skin or inside their noses even if that person never becomes infected.

Other objects can have MRSA on them as well. You can get it from hospitals, nursing homes, feeding tubes, and catheters. Catheters are actually major culprits of carrying the bacteria.

MRSA is pretty difficult to treat. This is because of the aggressive nature of the infection. It is resistant to many forms of medications, including amoxicillin, methicillin, oxacillin, penicillin, and cephalosporins. Thus, clearing it with antibiotics can be tricky.

Some forms of MRSA may clear on their own, but those that don’t will require medical intervention. Invasive forms of MRSA will need treatment with intravenous antibiotics like Vancomycin.

Then, you will need treatment with other oral medications that treat staphs such as trimethoprim-sulfamethoxazole, clindamycin, or linezolid.

Although MRSA can be very hard to treat, you can use precautions and prevent yourself from getting it. Here are some preventive measures you can take:

Read More of My Articles  Why Senior Citizens Need a Dog

What Percentage of the Population has MRSA?

Did you know that 30% of the population is actually colonized with staph and 1% is colonized with MRSA? Colonized means that a person actually has the bacteria present, but it is not causing an infection.

How Common is MRSA in the US

The CDC (Centers for Disease Control) is actually engaged in several short-term and long-term surveillance projects on MRSA. They are trying to find out how much it is occurring, where it is happening, and exactly how it is being spread.

Because Methicillin-resistant Staphylococcus aureus also known as MRSA is a bacteria resistant to ALL beta-lactam antibiotics, and it can be fatal. This means it is resistant to methicillin, penicillin, oxacillin, and amoxicillin.

Why is it Resistant?

Like many bacterial infections, MRSA has built up a resistance to several antibiotics. In the 1940s, the medical treatment used to combat the S. aureus bacteria was penicillin. In fact, it was routine and successful in the treatment of this bacteria.

Today, MRSA is resistant to an entire class of penicillin-like antibiotics. And some strains of MRSA are actually resistant to Vancomycin as well, though those strains are very rare. Because of this, MRSA can become complicated and serious very fast.

Trends in MRSA Over the Years

According to NCBI, the rise of MRSA peaked a decade ago. However, since hospitals and nursing homes have been diligent in preventing it, it has declined.

Additionally, those who have contracted the disease are given Vancomycin which is excellent in fighting against the bacteria. By taking steps, we have decreased MRSA outbreaks and illnesses.

It can be tough to know if you have something due to random bacteria or because you have MRSA. The best thing you can do when experiencing symptoms that do not go away is to go to the doctor.

Be sure to discuss all of your symptoms. If you are concerned about MRSA, mention it to your doctor. Additionally, if you have taken a round of antibiotics, but find that the antibiotics were resistant, ask to be checked for MRSA.

Good handwashing skills are a great way to prevent this disease as well as the coronavirus, the flu, or other infections.

Have you or anyone you know had MRSA? Share your stories, thoughts, or wisdom in the comments below! Stay well, my friends. May God bless this world, Linda 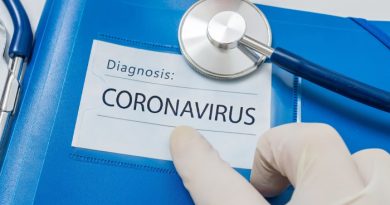 Coronavirus Update: What We Know So Far 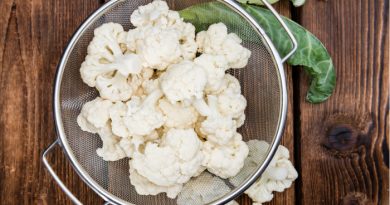 Cauliflower: Everything You Need to Know 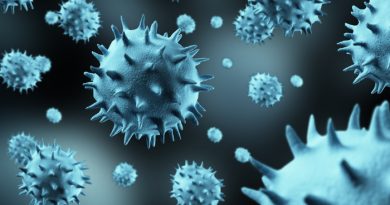 What Are Viruses: Everything you Need to Know

10 thoughts on “MRSA: Everything You Need to Know”