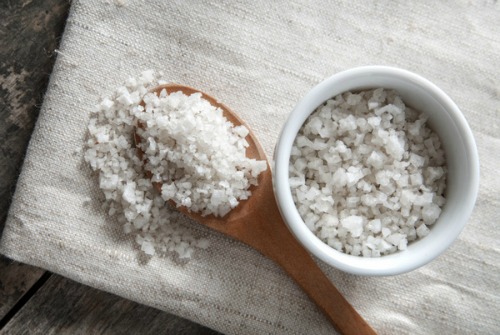 I store salt and you should too because of the many ways we use salt every day. We sprinkle it on our food, we cook with it and we bake with it. I keep hearing thgood, the bad and ugly about salt. So I have been doing LOTS of research on the subject.

The packages I have pictured below are just a few of the typical varieties of salt for cooking, baking, and making jerky, etc. I also included my jerky recipe from a friend: Hamburger Jerky

We Need To Store Salt: 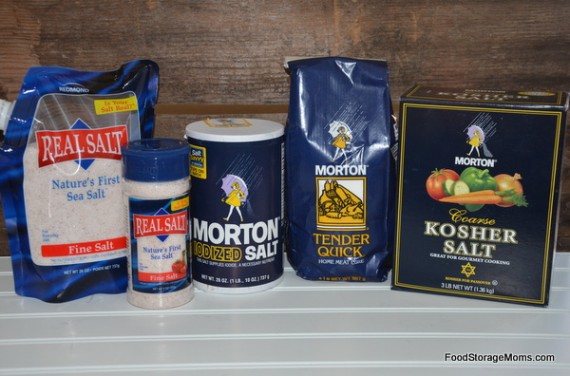 Sea Salt contains about 40% sodium, the same as table salt. Sea salt is obtained by the evaporation of seawater. It typically is not processed or has very little processing, and therefore it maintains the original trace levels of potassium, magnesium, calcium, etc. Sea Salt typically contains less iodine than table salt. I only buy Real Salt from Redmond Trading out of Heber, Utah. I buy it online from Real Salt-Redmond Trading Company.

Iodized Salt is referred to as table salt and contains about 40% sodium as well. It’s mined from salt deposits in the earth and processed to a very fine texture so it is easier to use in recipes. Companies usually have to add some additives to keep it from clumping or caking. Table salt typically contains more iodine than Sea Salt. Iodine has been added to table salt since the early 1920’s to combat the iodine-deficiency disease called goiter. I use this salt to make my play dough…..I have totally switched to Redmond Clay Real Salt for my cooking and baking.

Tender Quick Salt (the blue bag) states this mix is a fast cure product that has been developed as a cure for meat, poultry, game, salmon, shad, and sablefish. It is a combination of high-grade salt and other curing ingredients that can be used for both dry and sweet pickle curing. It is not a meat tenderizer. Tender Quick contains salt, the main preserving agent, sugar, both sodium nitrate and curing agents that also contribute to the development of color and flavor. I use this salt when I make jerky.

Kosher Salt has coarse flat crystals making it easier to measure the salt in your fingers and it will adhere perfectly to food while dissolving very slowly. Chefs typically prefer kosher salt because it makes a meat rub that sticks to the meat rather than disintegrating quickly. I use Kosher salt on baked potatoes after rubbing olive oil on them because they come out of the oven looking like restaurant potatoes, crispy on the outside and moist on the inside.

Of course, I am not a doctor or anyone in the medical field, these are suggested approximate amounts of salt per day. Always consult your doctor before doing anything with your consumption of salt.

I quote the CDC-The Dietary Guidelines For Americans, 2010:

“The Dietary Guidelines for Americans, 2010[PDF-2.9M] recommend that everyone age 2 and up should consume less than 2,300 milligrams (mg) of sodium each day. Some groups of people should further limit sodium intake to 1,500 mg per day, including:

Those groups add up to about half of the U.S. population and the majority of adults.” End of quote.

“Does salt expire?
The salt itself does not expire but added ingredients such as iodine may reduce shelf life. The shelf life of Iodized Salt is about 5 years.” End of quote.

It is amazing what foods have tons of salt in them. Go pull a package out of your cupboard or refrigerator and check out the sodium. We still need to store salt to cook, bake and season with, it’s a fact of life. 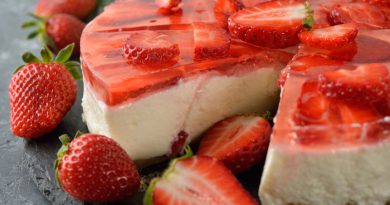 20 Of The Best No-Bake Pies 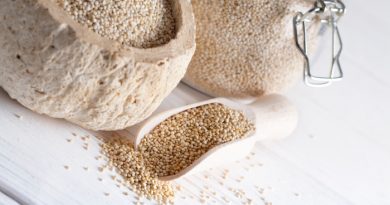 How To Cook Quinoa and Store It 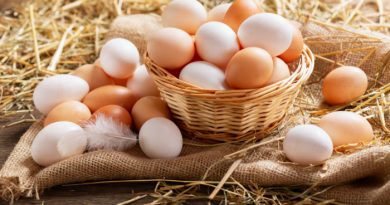 How to Freeze Eggs: Everything You Need to Know