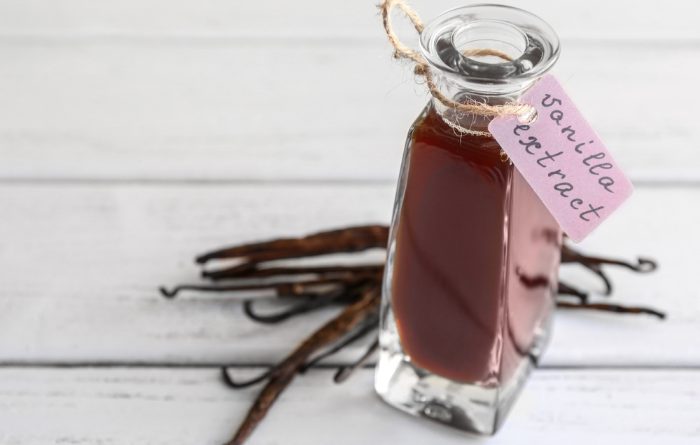 Today I’m going to show you how to make vanilla extract. Oh, my gosh, you will love making this! When you buy the vanilla beans and you open that package they came in, they smell fabulous! THEN, when you start slicing the beans before you place them in a jar with vodka, my, oh my, they smell even better. You know when you add a teaspoon of vanilla to say whipping cream, you can smell the yumminess? Well, homemade vanilla extract smells even better because it’s freshly made.

What Is Vanilla Extract

This can be confusing if you’ve ever tried to purchase vanilla extract at the store and you reached for the least expensive bottle on the shelf labeled “vanilla” and thought you were getting the real deal only to find out it was bland and not very flavorful at all. If that was the case, there’s a good chance you purchased vanilla essence.

In this recipe, we’re making the real deal – a true vanilla extract that is amazing and has a complex flavor profile. Don’t worry, it’s easy! Plus, it puts any store-bought extract or essence to shame.

Speaking of intensity, you should know that there are two “folds” or strengths of vanilla extract. Single fold extract is a less intense version (but is still awesome and robust!) that uses fewer vanilla beans per gallon of vodka, where double-fold extract uses almost double that amount per gallon. Commercial bakers tend to like the double fold extract since it gives their recipes more depth of flavor. Here, we’re going with single fold vanilla extract. Hey, good quality vanilla beans are expensive!  You will be amazed by the incredible aroma and taste that you’ll experience, just wait!

What Vodka Strength To Buy

Most commonly, vanilla extract is made using vodka. Vodka, being colorless and flavorless, allows the vanilla to be the star of the show. You’ll want to use 80 proof vodka when making vanilla extract. It’s perfectly fine to use cheap vodka – it’s up to you which brand you use. If you’re worried about the alcohol content, remember that most of it will be cooked out during baking.

You’ll see vanilla extract recipes that call for using flavored liquor, such as bourbon, rum or brandy, which gives the extract a different flavor profile. You can certainly experiment with those if you like, but here we’re sticking with neutral vodka.

What Kind Of Vanilla Beans To Buy

Did you know that there are well over 200 varieties of vanilla beans? Don’t worry, I’ve got you covered with the most common varieties that are easily purchased and used in homemade vanilla extract. This is important because vanilla beans can be expensive and you want to know what to expect from their flavors.

Mexican vanilla beans have a sweet, smooth, and creamy flavor, where Bourbon beans have a fruity flavor profile. Either of these is a good all-around choice. Then there’s Madagascar which is a dark, full-bodied bean with a hint of tobacco flavor. Tahiti vanilla beans are a bit more floral with notes of licorice and fig. Then there are India beans, which are oily beans with a woodsy flavor. You may want to experiment with different beans and determine which flavor you prefer before making a large batch of extract.

Grade A vs. Grade B Vanilla Beans

When shopping for vanilla beans, you’ll run across two grades: A and B.  For vanilla extract, you want Grade B which is used specifically for extracting because they yield the most flavor. They are a bit drier and have less water content making them ideal for making your own vanilla extract.

You may see Grade A vanilla beans, sometimes referred to as gourmet or prime beans, in your grocery store spice aisle. They are great for cooking purposes, but can also work for an extract, if that’s what you have on hand.

How To Store Vanilla Extract

Your vanilla extract needs to age before it’s ready for use. After you’ve filled your glass bottles with vanilla beans and vodka, you’ll want to make sure the cap is sealed tightly since you’ll be giving it a little shake every few weeks. It’s best to store your glass bottles in a cool dark place. Do not set them on your windowsill!

The longer you can let the vanilla age, or extract, the richer and more flavorful it will be. It’s recommended to let it “cure” for at least 2-3 months, but I like to go longer. Can you imagine opening that bottle after 9-12 months and smelling that heavenly aroma? There’s nothing like it! If you make a batch several times a year (don’t forget to label them with the date), you can always have a few bottles in rotation and ready to use, barter with, or give as gifts.

Here’s How To Make Your Very Own

With a sharp knife, slice each vanilla bean right down the middle, lengthwise. Using your funnel, fill the jars about 95% of the way full with vodka.

You can see below that I added the sliced vanilla beans to the Vodka in the glass bottle with an airtight lid. You can use as few as 2-3 vanilla beans per cup of vodka for a less intense flavor, or single-fold extract. Here, I’m using 5-6 per cup for a double-fold extract flavor. You may need to trim the beans so that they fit down in the bottles and leave enough room for the lid to be screwed on.

Note: You can scrape the seeds from the inside of the beans and then carefully add them to the jar along with the beans, but you don’t need to do that if you don’t want to. Here, I just added the sliced beans to each jar with the seeds still inside each bean.

I hope you try making this homemade vanilla extract. You can barter this sweetness if you had to trade for something you need after a major disaster. This is another skill we can teach our kids and grandkids. Please keep prepping, we must be prepared for the unexpected. May God bless this world, Linda 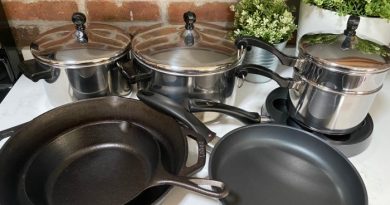 The Best Cookware Needed In Every Kitchen 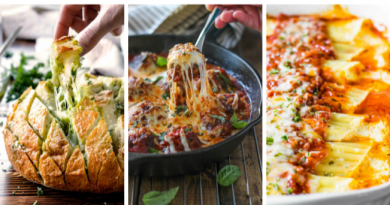 15 thoughts on “How To Make Vanilla Extract”