Stock and broth are liquids that both come in similar containers at the grocery store and tend to be used in many of the same recipes. Maybe you’d prefer to make your broth or stock homemade, but know very little about what sets each of them apart. In case you missed this post The Best Homemade Chicken Noodle Soup Recipe Ever

Difference Between Stock and Broth

Broth, often called bouillon, is a liquid that has been cooked along with the meat in it, where it takes just around 2 hours to complete. Some people will simmer the meat with the bone still intact, but it’s not something that is required.

Related: Bone Broth Is it Really Good For You

Often referred to as “bone broth,” stock is prepared slightly differently than broth, where it is simmered with animal bones, along with whatever animal scraps are leftover. Stock is made to be used as a neutral base in recipes and not necessarily to add a lot of flavor. It also takes much longer to cook than broth, anywhere between 2 and 8 hours. Stock always contains bones but does not necessarily have to include meat. Stock, just like broth, is cooked with mirepoix and other aromatics.

I quote Wikipedia: “A mirepoix is a flavor base made from cooked, diced vegetables, usually with butter, oil, or other fat, for a long time on a low heat without coloring or browning, as further cooking, often with the addition of tomato purée, creates a darkened brown mixture called pincage.”

Many people like to roast the bones ahead of time because it adds a richer color to the stock, but it’s not required. Stock tends to be thicker than broth because of the collagen and bone marrow that is released from the bone when they’re being boiled. As I mentioned earlier, stock is typically left unseasoned while broth isn’t.

Is One Healthier Than the Other?

This question is a bit more difficult to answer because there are both good and bad about each of them. With stock, you can expect more carbs, fat, and protein, but it also has more vitamins and minerals. Broth, on the other hand, has half the calories of what you would find in stock. So if you’re watching your calorie intake, broth will be the way to go.

But don’t count stock out too quickly, because it’s a good source of riboflavin, thiamine, niacin, potassium, folate, phosphorus, selenium, copper, and a few other nutrients. Some even say that it’s a superfood. The collagen, bone marrow, and amino acids in stock also play an important role in our digestive tract, joint health, and may help to improve your sleep.

The more vegetables and herbs that you add to your stock or broth will also determine how many vitamins and minerals you are benefiting from. Herbs such as oregano, parsley, and thyme, all have anti-inflammatory and anti-diabetic properties that you should keep in mind. By adding garlic or onions to them, there will be additional anti-inflammatory, anti-bacterial, and immunity-boosting health benefits as well.

What Broth is Used For?

Broth is more commonly used when you are making gravies, soups, sauces, and other recipes. It brings a powerful punch of flavor and keeps your dishes nice and moist. You can even add moisture back into your leftover casseroles by pouring broth on it.

What is Stock is Used For?

Stock is used to make gravies, sauces, soups, stews, braises, and many other recipes. It can also be added to your legumes and several different types of grains. As you can see, broth and stock are used for many of the same recipes, so they can both be substituted for one another based on your preferences.

When I’m looking to add distinctive flavoring to a dish that I may be cooking at the time, I’ll often go with beef or chicken broth. But if I’m making sure my family is getting all their vitamins and minerals, I’ll lean towards stock instead.

Which of these do you find yourself using most often, and what recipes do you add them to most often? Please keep prepping, we must. May God bless this world, Linda

How To Prepare Corn On The Cob For The Freezer 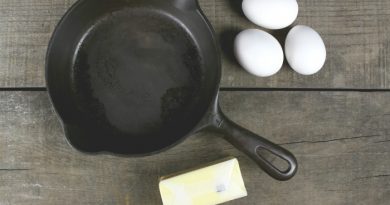 How To Clean And Restore Cast Iron Pans 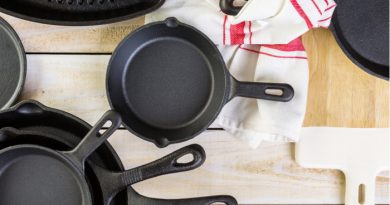 Why You Need Cast Iron Pans

11 thoughts on “What’s the Difference Between Stock and Broth?”